CLINTON – The ugliest word one can utter here in this conservative district is “Trenton,” and “Heaven knows how we’ve suffered under the one size fits all thinking that has come out of Trenton,” Kingwood Township Mayor Eileen Niemann says as she puts Hunterdon County Freeholder Matt Holt’s name in for the vacant District 23 Assembly seat.

Holt’s up there now.

“We need to build the foundation on which a more fiscally responsible state can grow,” the self-described optimist tells the crowd. “Let’s not forget the true measure of good leadership is to keep in mind the ultimate goal. We must never allow politics to interfere with that pursuit.”

He goes for an analogy when he considers the other dreaded concept here: the state Council on Affordable Housing (COAH), likening the agency to a Superbowl planning committee which abruptly decides three weeks before the big game to build a stadium in an area other than the one already designated.

“I can’t quite understand why Trenton doesn’t get it,” says Holt, wants dedicated streams of funding for roads and bridges, transportation infrastructure, and open space preservation.

“Imagine if someday we might have light rail in Western New Jersey,” Holt says. 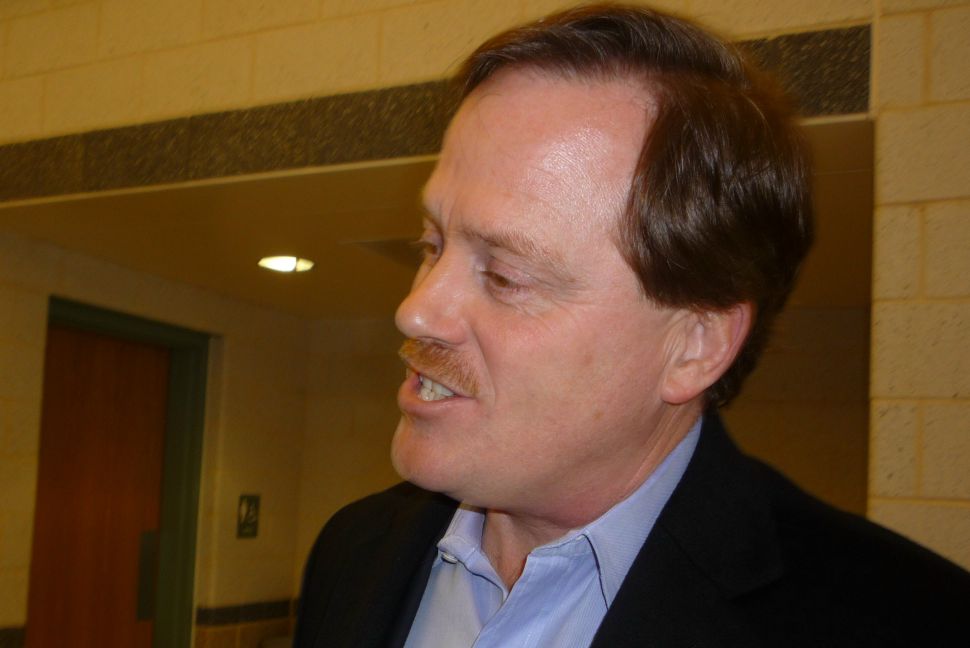