Englewood Mayor Michael Wildes, who announced on Friday that he will not seek re-election to a third term this year, has over $1 million in a federal campaign account. He's been waiting for a chance to run for Congress with the same intensity that U.S. Rep. Steve Rothman has been positioning himself to run statewide.

One option for Wildes, who is a fundraising machine, would be to push state Democratic leaders to move Englewood – and maybe some other more Democrat-friendly towns – into the fifth district after the 2010 census. That could set up a race between Wildes and conservative U.S. Rep. Scott Garrett (R-Wantage) in 2012.

This might be a good option for Wildes, who would have plenty of competition in a Democratic primary if Rothman's seat were to suddenly open up – and an even better option for the ultra ambitious Democrat if Rothman winds up staying in the House for while. 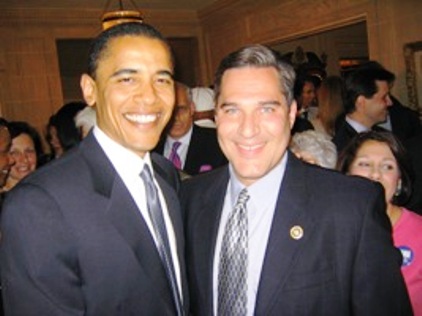