If Jon Corzine picks Bonnie Watson Coleman to run for Lt. Governor in June, Democrats in the Mercer County-based fifteenth district would need to hold a special primary convention to pick a new candidate for State Assembly. Watson Coleman could keep her Assembly seat, but she would not be permitted to seek both offices in November 2009.

Democrats will feel some pressure to replace Watson Coleman with another African American candidate, but in a district that has not had a legislative vacancy since 1997, it might be hard for state Democratic leaders to dictate anything.

The 800-pound gorilla in an Assembly race is Trenton Mayor Douglas Palmer, who has been anxious to move on but has been lacking the opportunity to do so. Palmer, also a potential candidate for Lt. Governor, is up for re-election in 2010 and could have a tough race. The Assembly seat is an option, although people who know him say he has more grandiose ambitions than the lower house.

Trenton has not had a legislator since Joseph Yuhas left the Assembly in 1995. His replacement, Reed Gusciora (D-Princeton) beat Palmer's choice for the seat, Anthony Conti. Watson Coleman comes from a prominent Trenton political family — her late father, John Watson, as an Assemblyman and Freeholder, and her brother, Bill Watson, is a powerful Democratic insider — but she lives in Ewing. 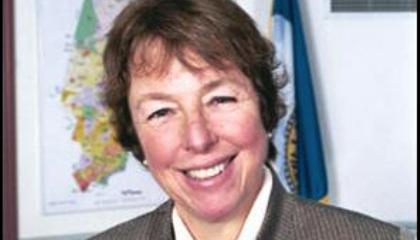