EDISON – Beaten by Jun Choi in 2005, two long-warring factions in town– old school Democrats and the People’s Choice Party – decided to get together to take down the incumbent mayor this year.

First they wanted to determine which of two candidates – Councilman Tony Massaro, an establishment Democrat, or Councilwoman Toni Ricigliano of the People’s Choice – would be the stronger candidate.

Now the councilman plans to endorse her at an Edison Democratic Party meeting tomorrow evening at the Pines, officially aligning onetime antagonists whom Choi’s shoe leather reform school organizing has driven into the same camp.

“I’m giving up my quest for the mayoralty and I will be backing Mrs. Ricigilano for the sake of unity,” said Massaro. “Her views and mine are extremely similar.”

Unconfirmed sources say another potential mayoral candidate, Council President Robert Diehl, has decided to foregoscreening for mayor with the Democratic Party in late Marchand will instead pursue another term as councilman. 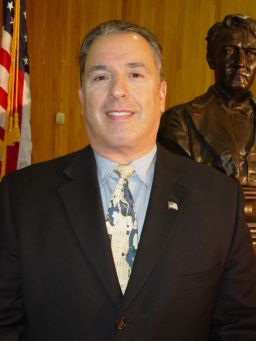