CLINTON – By design, Matt Holt’s grandfather, the late U.S. Sen. Clifford P. Case, kept politics separate from his family, so Holt learned what he knows about the trade on his own, at the local level.

After trying at first and failing, he won a seat on the Clinton Town Council with the death of Councilman Rich Simpson.

Six years into his service, Holt decided he wanted to be mayor.

He told longtime incumbent Mayor Allie McGahren of his plans. McGahren told Holt she wanted to be mayor for two more years. If he could hold off until then, she would retire and cede the field to the young up-and-comer. She followed through on the agreement, and Holt was elected mayor.

“I learned much about government from Mayor McGahren and Mayor (Bob) Smith – a Democrat and a Republican,” “said Holt. “Essentially, they were focused on problem solving instead of politics. Their attitude was, ‘You leave your ego at the door.’”

Holt served Clinton for two years as mayor and then ran successfully for a seat on the Hunterdon County Freeholder Board in 2006, after ten years as a local elected official.

This coming Saturday, Feb. 21st, Holt, fellow Hunterdon County Freeholder Erik Peterson, and Warren County Freeholder John DiMaio will compete for that seat at another special convention held by the joint Hunterdon/Warren Republican Committee. Holt’s up for reelection to the freeholder board this year. If he loses the convention election on Saturday, he doesn’t yet know if he will pursue an Assembly seat off the line, or if he will run again for his freeholder seat.

He’ll make that decision in due course, if he must.

In the meantime, “One thing that will separate us (the candidates for the Assembly) is that when I sit down with people in their local communities, I have no trouble connecting with them on local issues,” said Holt. “You can’t move forward without having that knowledge underneath you. I couldn’t think of being in the legislature without the local background. In order to serve at any level, you have to know what a local mayor, council or committee sees as important.”

It’s been a relatively slow and methodical political advance for the 50-year old candidate, who feels he is now at the right time of his life to serve in Trenton. He and his wife, Megan, have raised a 26-year old son. They ran a special events family business for 15 years, building it up to 50 employees before selling it in March of 2007. It was a 24/7 business.

Now he can give his full attention to campaigning for the Assembly seat – and to the Assembly, if he wins.

“In my public life, there was never an urgency to move up,” he said. “I had a young son at home and a business I was building. After council, the next logical step was to go to the mayor’s seat. Even then my style was never to bully or push my way forward.

“What I will highlight on Saturday is the combination I offer of a self-made business person with government experience,” said Holt. “When you’re used to making payroll every two weeks, not taking paychecks if it comes to that, you’re used to seeing government in a business sense.”

Like his grandfather – the last Republican to win a U.S. Senate general election in 1972 – he is generally seen as a moderate, although he eschews the term.

“People are pigeon-holed liberal, moderate or conservative, but the general public doesn’t fit those molds,” he said. “I am an NRA member, and I am supportive of the gun issue. I don’t think government should dictate abortion as a morality issue. I am a fiscal conservative, but I’m labeled moderate because I don’t think we should we be leading the pack on some of those social issues.”

The late Sen. Case had a reputation as a raging moderate and non-dogmatic problem-solver, much like the local mayors Holt served with and learned from in Clinton.

“He was not a grandstander or a headline seeker,” said the freeholder. “He was a person who got up every morning with a list of things he wanted to do – much like I do – and he set about doing them. He had a way of reaching out, and people recognized that he served everyone. He did everything he could to stay out of the political fray.”

The senator always said if ever he were to be defeated it would be at the hands of his own party, and that proved true in the 1978 Republican Primary when conservative Jeffrey Bell beat Sen. Case, and ended a political career that included six years in the U.S. House of Representatives and 24 years in the U.S. Senate.

Bell went on to lose the general election to Democrat Bill Bradley.

Holt concedes the same thing could befallhim, as early as this coming Saturday at the convention. He knows the harder right elements of the party could seize on his more moderate tendencies, but he doesn’t think that will happen.

He’s confident that the record he built himself will prevail. 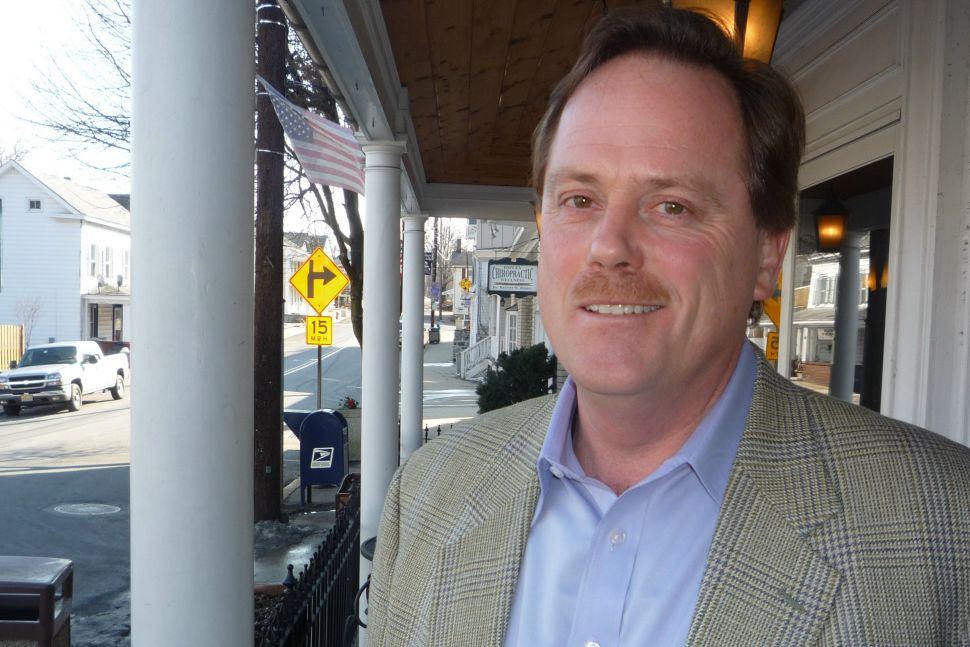