Paul Fishman was fairy close to becoming New Jersey's U.S. Attorney in 1999, and as Democrats prepare for their first opportunity to fill the post since then, there is increasing speculation that 2009 may be his year.

U.S. Senator Frank Lautenberg pushed hard for Fishman to get the U.S. Attorney post when Faith Hochberg was nominated to a federal judgeship in 1999. But Fishman got in the middle of a rather extraordinary public feud between Lautenberg and U.S. Senator Robert Torricelli. The Clinton administration sided with Torricelli, and when Hochberg resigned to take her seat on the bench (after a lengthy delay in the confirmation process), Attorney General Janet Reno elevated Torricelli's preferred choice, First Assistant U.S. Attorney Robert Cleary, as New Jersey's interim federal prosecutor. Cleary served until George W. Bush's nominee, Christopher Christie, took office in January 2002.

PolitickerNJ.com reported last October that Fishman would be Lautenberg's top choice if Barack Obama won the presidency. With other potential contenders asking not to be considered, including attorney Joseph Hayden and Attorney General Anne Milgram, Fishman has moved to the top of the list in a campaign that essentially needs just two votes: Lautenberg and U.S. Senator Robert Menendez.

The 52-year-old Fishman, a Princeton University graduate and editor of the Harvard Law Review, worked in the U.S. Attorney's office as Chief of the Criminal Division and as First Assistant before going to Washington as a senior advisor to Reno and as a Deputy U.S. Attorney General. Fishman is a partner at Friedman, Kaplan, Seiler and Adelman, where he specializes in white collar criminal matters. Fishman has represented several public officials prosecuted by Christie, and is currently an attorney for former CWA Local 1034 President Carla Katz, who is seeking to keep her e-mail correspondence with Governor Jon Corzine private. 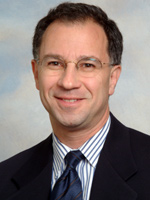