HOBOKEN – In a Denver hotel lobby on the eve of Obama’s big nominating speech, amid the clatter of high heels, elevator music and 11th hour political pell-mell, a youngHudson County elected officialsat in an oversized armchair with his head down, intently reading a biography of his hero, Abe Lincoln.

This morning, on the 200th anniversary of Lincoln's birthday, At-Large Councilman Peter Cammarano launched his campaign for mayor at the hipster Frozen Monkey cafe, becoming the second person to formally get in the race to succeed incumbent Mayor David Roberts.

For Cammarano, 31, the critical moment in recentHoboken history was the budget vote last year.

Thecouncilman argued thathe has an enviable record on that score, particularly compared to Councilwoman Dawn Zimmer – who's already in the mayor's race – and Councilwoman Beth Mason – set to enter as early as next week – both of whom voted in favor of a state monitor assuming control of a battered Hoboken.

Zimmer and Mason and a majority of the council prevailed, the state came in, and Hoboken lost, said Cammarano, who had wantedthe mile square cityto maintain local control of the budget process.

"Last year, Hoboken taxpayers were hit with a huge tax increase that was at least $8 million more than necessary due to the failure of the city council to adopt a budget, preventing the city from sending out tax bills," the candidatetold reporters. "This happened because a majority of city council members, including my opponents, refused to vote for a 7% tax increase. Instead, they voted for a state takeover that resulted in a 47% increase and great hardship for our homeowners at the worst possible time.

"I voted for the budget with the 7% tax increase and I voted against the state takeover," the candidate added. "At the special council meeting held on Sunday, June 1, I warned that the takeover would 'guarantee the largest possible tax increase.' My opponents disagreed. I was right then and my opponents were wrong, and Hoboken taxpayers paid an enormous price because of the political game played with last year's budget."

Zimmer and Mason see Cammarano -whofirst ran on a slate withMayor David Roberts, after all -as a longtime Roberts enabler, who changed gears for political expediency whenthe mayor tanked with the budget.

But, "My relationship withthe mayor became stilted and difficult around an eminent domain issue at 11th and Grant Street," Cammarano insisted.

A pair of reform candidates who ran and won two years ago in the 2nd and 4th ward respectively, Mason and Zimmer landed on the council determined to break up the old boys’ network dominated on the one side by former state Sen. Brian Kenny (D-Hoboken) and the Hudson County Democratic Organization (HCDO); and a band of young Turk councilmen seizing on the incredible anti-establishment advance of Union City Mayor Brian P. Stack, on the other.

Two years later, Roberts appears too weak under the weight of a city budget that ballooned from $52 million to $100 million in seven years to run again, Kenny’s out of office, the HCDO’s MIA and evidently focused on the Jersey City mayor’s race, Zimmer and Mason don’t get along, and the ever inscrutable Mayor/Senator Stack, who built his political machine from scratch on the streets of Union City, appears ready to endorse the corporate-schooled Mason for mayor.

If their opponents hope Zimmer and Mason’s core new money reform constituencies feed on one another in a mayor’s race and drain both candidates, old school political families Raia and Russo wantto avoid a similar fate.

Exhausted by an inter-generational family blood feud, businessman (and perennial candidate) Frank “Pupie” Raia and 3rd Ward Councilman Michael Russo have agreed to abide by the results of a citywide poll. Rather than kill one another off politically in their homes base – the big and critical central 3rd Ward – Raia or Russo will back out of the race if the other man proves stronger in the poll.

That left Cammarano today on a couch in the Frozen Monkey, sitting beside his wife, a fellow attorney, and the couple’s toddler daughter, explaining how in the fallout of HCDO and Stack and old and new Hoboken history, he means to be the candidate who can unite the city’s diverse strains at a troubled juncture.

"We're looking to do away with the old, tried and true but ultimately shameful way of old versus young,or old versus new," said Cammarano, acknowleding the divide between the self-styled Sinatra Hoboken crowd embodied byRusso-Raia, and the latte dog-walking stereotype opponents use to brand Zimmer-Mason.

"We are not going to be speaking in that kind of language at all," he explained. "I'm going to be pitching myself as a candidate with the most relevant experience. My background as a lawyer…"

"When was the last time we had a lawyer as mayor of Hoboken?" he asked, and didn't get an answer among the Hudson County press corps that huddled behind the steady barrage of questions put to Cammarano by the veteran Torres. For the record, the elections lawyer for Genova, Burns and Vernoia said he wouldn't practice law if elected mayor.

To the inevitable question of where was everyone, Cammarano welcomed the lack of organizations in the contest as an opportunity to display a pure “clash of ideas.”

“I will have a slate and I will announce it in a week or two,” he added, saying he would be joined by two at-large candidates, each of whom would contain an admixture of qualities appealing to different Hoboken voting blocks.

For the moment, there was off-the-record jeering from the other camps this afternoon over Cammarano’s apparent lack of support.

Once a firm Cammarano compatriot and guardian of coveted 4th Ward votes, Ramos absorbed incessant Mason criticism last year over his dual-office holding status and appeared to be both primed as the poster boy for bad government practices – and chained to Cammarano.

But with Mason now poised to receive Stack’s endorsement and Ramos entrenched with Stack, the Assemblyman/Councilman appears ready to cut loose from his at-large council seat to stand for reelection to the Assembly on Stack’s 33rd District slate.

That would put Ramos with Mason, of all people – and Cammarano on the outside.

The latter wouldn’t get into speculating about the Stack-Mason-Ramos axis or whether it even exists.

Instead, he stuck to Lincoln.

“As mayor, I will lead an open, honest and transparent government that puts taxpayers first at all times,”Cammarano said, pledging to reduce next year’s tax levy. “I close my remarks with a final observation. Today is the 200th anniversary of the birth of Abraham Lincoln. In his second message to Congress, Lincoln asked, ‘Still the question recurs – ‘can we do better?’ The dogmas of the quiet past are inadequate to the stormy present. The occasion is piled high with difficulty, and we must rise with the occasion. As our case is new, so we must think anew and act anew.’” 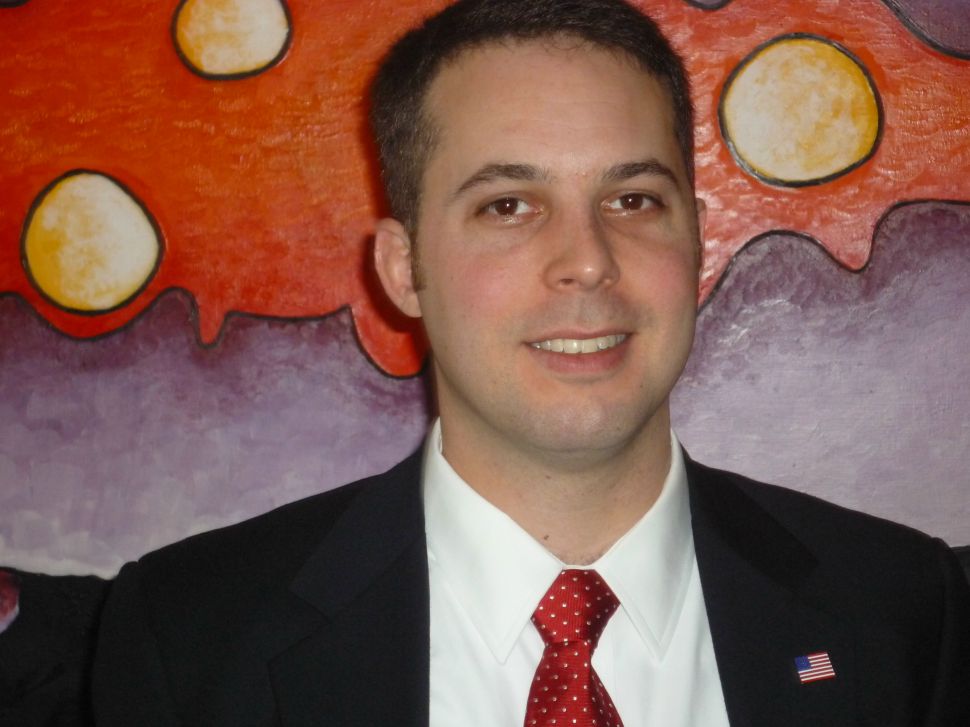