FRANKLIN – Guerilla sniping sounded from the Lonegan camp even as the four Republican candidates for governor split up on the trail tonight to chart an otherwisesedate course to one of two prime Lincoln Day Dinner events.

The Somersetcrowddrank and feasted in an antechamber before party regulars herded everyone into a banquet hall to hearDale Florio favorite Uncle Floyd,in addition toa featured speech by Christie.

From afar, Lonegan called on the front-running Christie to explain whether he agrees with former Gov. Tom Kean, who in endorsing Christie yesterday said by way of introduction, “the country needed a change,” as he acknowledged the results of the last presidential election.

“Americans are now seeing the ‘change’ that former Gov. Kean says was needed with an ultra-liberal so-called ‘stimulus’ bill that is nothing more than a left-wing income redistribution scheme laden with the most outrageous pork-barrel spending in American history,” Lonegan said.

“I am proud that all five of our Republican Congressmen opposed this bill. I’m disappointed that Chris could not stand with our Congressional delegation on this important issue,” he added.

For his part, Levine said he agrees in principle with the stimulus package but doubts whether there will be sufficient oversight of the $780 billion drip-down, and bemoaned the attachment of pork projects to the total effort.

Christie has repeatedly complained about lack of oversight in the massive spending measure, and yesterday again cautioned state lawmakers about becoming dependent on the one-shot injection of federal dollars.

Among those in attendance at the Hackensack event were veteran state Sen. Gerald Cardinale (R-Bergen) and Bergen County Clerk Kathe Donovan.

Both Merkt and Lonegan addressed the crowd of about 300 people.

As for his charge's performance, "I think he won over a lot of supporters in the room, but that's my subjective opinion," said Lonegan campaign strategist Rick Shaftan. 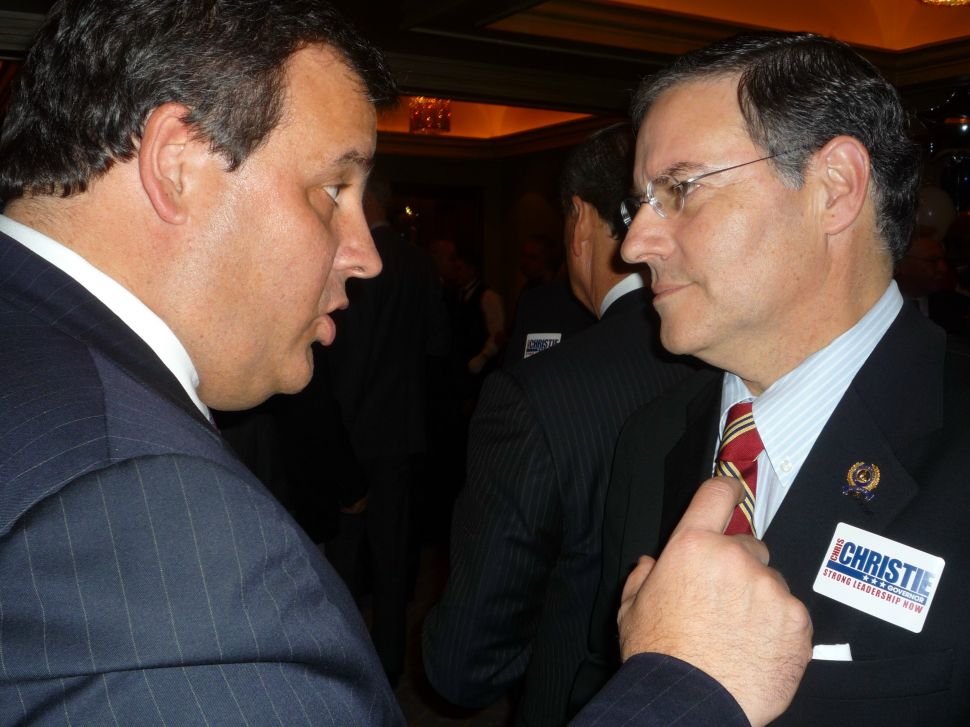