MARLBORO – The Iraq War vet who once exhorted a crowd of Monmouth Republicans to "cowboy-up" in the cause of his campaign, has donnedthe dreadedblack hat of the opposition.

Councilman Jeff Cantor, a 2007 Republican candidate for Monmouth County Freeholder who nearly won, has changed parties and become a Democrat, according to a press release issued by the Marlboro Democratic Party.

Once seen as a rising GOP star, Cantor came within a heartbreaking handful of votes of winning his bid for freeholder against John D’Amico.

Locally, he appeared to be the best-positioned Marlboro Republican to take on new Mayor Jonathan Hornik, a Democrat who in 2007 defeated Robert Kleinberg.

But he’s happy with Hornik’s work, he said, and noted that “the Democrats are making the needed changes to move our community forward.”

“From stabilizing taxes, to preserving open space to providing open, honest government that includes all members of our community, the Democratic Party and Mayor Jon Hornik have taken the lead,” Cantor said.

Seen as the Democrats’ best chance against state Sen. Jennifer Beck (R-Monmouth) in 2011, Hornik happily welcomed Cantor into the ranks of the Democratic Party.

“We’re honored and excited to have Jeff join our team,” said the mayor. “Jeff has always put the town before politics. We’ve worked together for more than a year and I hope Jeff will consider running for reelection.” 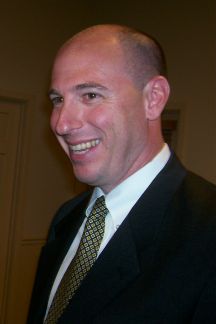