Montclair resident Seth Harris, a Clinton Administration veteran, has been tapped by President Obama to be Deputy Secretary of the Department of Labor under Secretary Hilda Solis.

Harris is a professor at New York Law School and was an official on the Obama transition team for labor, education and transportation.

“I am pleased with the regional significance of Mr. Harris’s nomination and confident that it will help New Jersey’s labor interests be fully accounted for in the White House,” he said in a statement. “The tandem of Secretary Hilda Solis and Deputy Secretary Seth Harris will make a strong leadership team for the Garden State’s working people.” 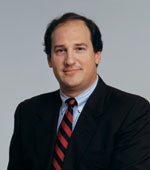