New Jersey's third legislative district, which has included parts of Gloucester and Salem counties since it was created in 1973, has had the lowest turnover of any legislative district in the state: only two State Senators and just seven Assemblymen over the last 35 years. The likely resignation of Assemblyman Douglas Fisher to become New Jersey's Secretary of Agriculture will trigger a special election convention fill a rare opening in the Assembly.

Democrat Raymond Zane, a Gloucester County Freeholder, won the seat in 1973 after a classic political feud between two Gloucester County legislators resulted in the criminal conviction of the incumbent. Republican State Sen. James Turner was so determined to destroy the career of Democratic Assemblyman Kenneth Gewertz that he conspired to plant drugs in Gewertz's car and garage. But the tactic went bad after the police detective sensed that the tip he received from Turner might not be completely altruistic. An investigation led to Turner's arrest on charges that he hired three known criminals to plant a large amount of amphetamines in the Gewertz home. A jury convicted the 44-year-old Turner in less than two hours and he was sentenced to five years in prison.

Turner was removed from the Senate after his conviction, but refused to drop his bid for re-election to a second term in 1973. Gloucester County Republicans withdrew their endorsement and ran Sheriff Walter Fish as a write-in candidate after a Superior Court Judge rebuffed their bid to remove him from the ballot. Zane was an easy winner, and the big surprise was the more than 20% of the voters supported Turner's return to the Legislature. Gewertz, perhaps one of the most colorful men to ever serve in the New Jersey Legislature, was able to keep his seat until Democrats finally dumped him in 1979.

Zane held the Senate seat for 28 years before losing re-election in 2001 after he lost the backing of the Gloucester County Democratic organization and became as a Republican. A feud between Zane and longtime Democratic County Chairman Michael Angelini began in 1999 when top members of the local Democratic organization became angered over Zane's refusal to back Democrat John Burzichelli, the Mayor of Paulsboro, in his campaign against GOP Assemblyman Jack Collins, the Speaker, and Gary Stuhltrager.

Many political observers have long believed that an informal arrangement exists between the three legislators; they have not become involved in campaigns against the other for several years. In retaliation for Zane's actions, some Gloucester County municipalities stripped the Senator of more than $100,000 worth of legal work, and Zane's son lost his position as Vice President of the Gloucester County Board of Freeholders.

The local rift may have also affected the recruitment of a Democratic candidate for Gloucester County Sheriff, a post that was held at the time by Republican Chuck Gill. The first choice of the Democratic screening committee was Greenwich Police Sergeant Carmel Morina, but he withdrew after the organization vote when he was offered the post of Greenwich Police Chief. The runner-up to Morina in the screening committee vote, Deptford Police Sergeant Gary Moore, also declined to run. Finally, the Democrats settled on New Jersey State Police Captain Gilbert Miller. Six years later, Democrats dumped Miller and replaced him with Morina.

In 2001, Democrats decided to back Stephen Sweeney, a Gloucester County Freeholder and labor leader, as their candidate for State Senator. Rather than fight Sweeney from off the line in the Democratic primary, Zane switched parties and ran as a Republican. Backed by powerful South Jersey Democratic leader George Norcross, who helped raise over $1.8 million for the campaign to oust Zane, Sweeney won 51%-49%, a 1,735 vote margin. Democrats later dumped Zane's son from his seat on the Gloucester County Board of Freeholders. Zane ran again in 2003, but dropped out when Republicans would not guarantee him $1 million for his campaign.

Elected with Zane in 1973 were two Demorats, Donald Stewart, a one-term Assemblyman from Salem County, and Martin Herman. Stewart retired in 1981 (he later became a lobbyist, and his daughter, Kelly Maer, is the Finance Director of the Democratic State Committee) and was replaced by Pankok. Herman and Pankok were ousted in 1985 by Collins and Stuhltrager, who served until their retirement in 2001. On a ticket with Sweeney, Fisher and Burzichelli won the third district Assembly seats. 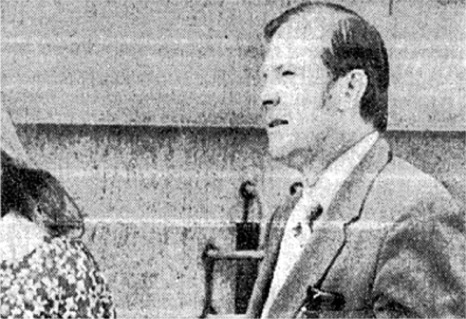