Not only did Lance serve as best man at Peterson’s wedding, but he’s the godfather of Peterson’s son. Those connections are not insignificant in the budding career of the 42-year old Franklin Township politician, especially considering Lance’s solidification as the darling venerable statesman of Hunterdon County last year when he thrashed Linda Stender in their 7th District Congressional contest.

He won’t elaborate. But any kind of “help” from Lance presumably can’t hurtin Hunterdon.

With less than a week to go now before Saturday’s special convention election to fill a vacated District 23 Assembly seat, the Lance factor must be considered, since it was his resounding victory after all that created an opening in the state senate, and Marcia Karrow’s subsequent win that left an opening where she had lately warmed one of two 23rd District Assembly seats.

A business transactions lawyer with his own local firm, father of four, and a 2-1 victor in last year’s reelection bid for a freeholder seat, Peterson says he can rightfully claim the Lance mantle of fiscal conservatism as he attempts to woo county committee members voting at Saturday’s convention in the Clinton Middle School.

“I have a proven track record of being fiscally conservative, which I will continue in Trenton,” Peterson said. “I am also a proponent of open, honest and transparent government. I have been a critic of the current COAH (Council on Affordable Housing) regulations. These regulations will only increase taxes on the district and impede our acquisition of open space.”

Peterson says he is uniquely qualified as a small business owner to offer insight and expertise when the legislature considers next year’s fiscal budget.

“I will be a local proponent of cutting spending and not using gimmicks and one time income generators,” he said.

Peterson’s in a fight this Saturday with fellow Hunterdon County Freeholder Matt Holt and Warren County Freeholder John DiMaio, and he’s fairly certain that with the 50% plus 1 rule in effect, the contest will go to a second ballot.

“We’ve differed on different issues over time,” he said of Holt. “Last year, we cut our budget by $2.5 million since 2007. I led that, I voted for that budget. I voted against the golf club house and proposed a more streamlined version. I drafted a letter opposing Gov. Corzine’s monetization plan. I have been a staunch advocate for cutting county government, and a proponent of open space. I opened the veterans’ service office in our county to give benefits to our vets.”

The experience he lacks as a local elected official, Peterson said he makes for as a business owner and as an attorney with sharply honed analytical thinking skills. In a close contest, his wildcard may prove to be the quiet, steady largesse of Lance. 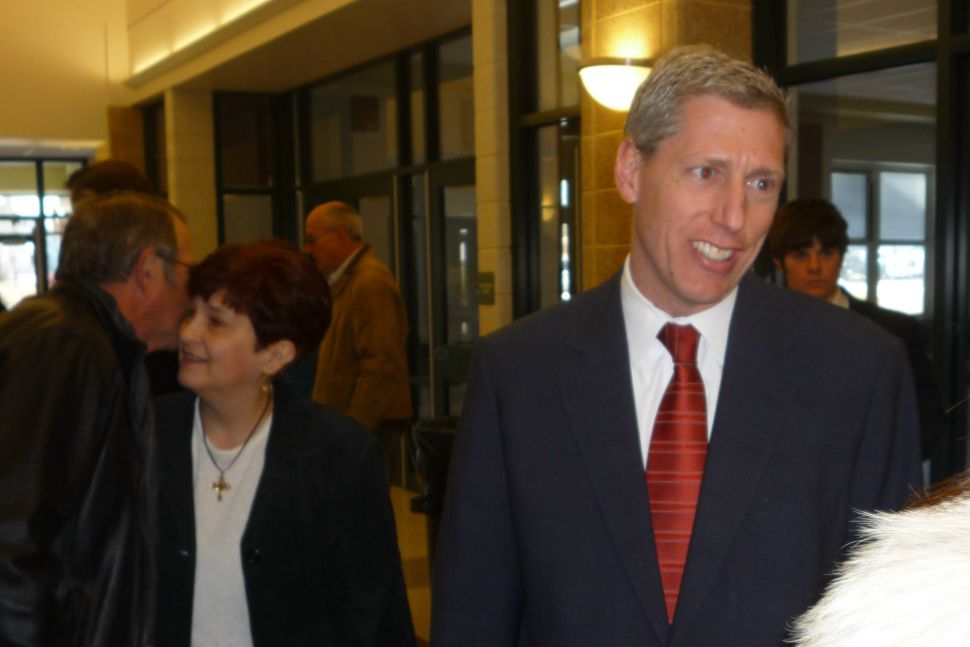