Assemblyman Douglas H. Fisher (D-Brigdeton) is expected to be nominated on Monday as New Jersey's new Secretary of Agriculture. Sources say that the Chairman of the Assembly Agriculture and Natural Resources Committee is the choice of the state Board of Agriculture to replace Charles Kuperus, who stepped down in December at the request of the board.

If Fisher's appointment is approved by Gov. Jon Corzine, the District 3 Democratic County Committee will hold a special election convention to fill his Assembly seat.

Fisher, 61, was elected to the State Assembly in 2001 after serving nine years on the Cumberland County Board of Freeholders and three years as a Bridgeton City Councilman. A former supermarket owner, he has been a real estate agent since 2000.

As Secretary of Agriculture, Fisher would become a member of Corzine's cabinet.

The State Agricultural Convention has rescheduled their annual meeting to Monday afternoon in Cherry Hill, and according to a media advisory released by the New Jersey Farm Bureau, Gov. Corzine may attend to announce the appointment himself. 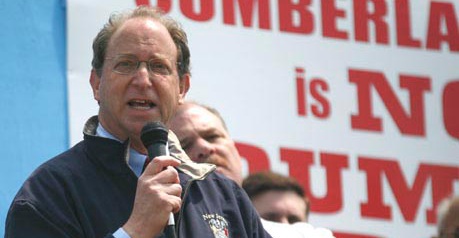