Democratic Party sources say one possible candidate for the Assembly in the 12th District is Manalapan Mayor Michelle Roth.

At this point, she’s notrevealing her plans.

“No comment,” said Roth, when contacted today by PolitickerNJ.com.

A Wall Street veteran, Roth started a local investor relations consulting firm in 1987, a year after moving to Manalapan.First elected to a three-year term on the Manalapan Township Committee in 2005, Roth won reelection last year.

Up for reelection this year in the 12th are two freshmen Republicans, Assemblyman Declan O’Scanlon (R-Little Silver) and Assemblywoman Caroline Casagrande (R-Colts Neck).

With Marlboro Mayor Jon Hornik definitively out of the Assembly race, Monmouth County sources say Roth could be among the Democrats' strongest contenders here.

After Marlboro, Manalapan is the most populous town in the 16-town 12th District. It's also where the second largest number of registered Democratic Party voters are concentrated: 6,750 to Marlboro's 7,159; followed by East Windsor with 4,824, and Freehold Twp. with 4,774. 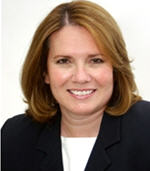