A list of the most memorable characters of New Jersey political history would have to include David Friedland, a Jersey City Democrat who served in both houses of the Legislature and then went to prison only after leading federal marshals on a worldwide chase to find him.

After his 1980 criminal conviction for taking a $360,000 kickback for arranging a loan to the International Brotherhood of Teamsters Local 701 pension plan in North Brunswick, Friedland agreed to cooperate with federal prosecutors and was placed in the witness protection program. He was later indicted on charges of defrauding the Teamsters pension fund while under federal protection.

In 1985, while awaiting sentencing, Friedland disappeared. He faked his death in a scuba diving accident in the Bahamas, but authorities found the evidence suspicious and continued to look for the former Hudson County Senator. Using a fake U.S. passport, he had traveled to Europe, Asia and Africa. Two years later, the U.S. Marshal from New Jersey, Arthur Borinsky, captured Friedland in the Maldives Islands, off the coast of Sri Lanka in the Indian Ocean. As the owner of chain of five scuba diving shops, Friedland was living an opulent lifestyle that attracted the notice of local officials.

Friedland grew up in a political family: his father, Jacob Friedland, represented Jersey City in the State Assembly from 1939 to 1951. The elder Friedland had a law practice that represented labor unions; he was convicted in the same kickback scheme as his son, and at age 79, was sentenced to two years in federal prison.

David Friedland was elected to the State Assembly in 1965, at the age of 28. In 1968, Deputy N.J. Attorney General William Brennan III (the son of the Associate Justice of the U.S. Supreme Court) charged that several state legislators were "entirely too comfortable" with organized crime figures. Friedland was later identified as one of those legislators, although a grand jury never filed charges against him.

He was elected Assembly Minority Leader in 1971. Later that year, the New Jersey Supreme Court suspended his license to practice law for six months because of unethical behavior. Friedland was accused of conspiring with the Woodbridge Township Prosecutor, Norman Robbins, to drop criminal charges against a loanshark with ties to Joseph Zicarelli, the alleged Hudson County crime boss. Friedland was re-elected to the Assembly in 1971 by a wide margin.

After Democrats won control of the Assembly in 1971, Friedland engineered a deal with Republicans to elect Thomas Kean as Speaker. Four Democratic Assemblymen, including Joseph Higgins (D-Elizabeth), agreed to back a Republican for Speaker in exchange for committee chairmanships and staff.

Friedland did not seek re-election to a fifth term in 1973, but came back four years later to run for State Senator. His fortunes improved in May 1977 when Thomas F.X. Smith was elected Mayor of Jersey City, and in June 1977 he ousted incumbent Joseph Tumulty in the 32nd district Senate primary. He forfeited his seat upon his criminal conviction.

After his capture, he was sentenced to eight years in federal prison. Higgins, who was part of the Democratic coalition that helped make Kean the new Assembly Speaker, was later sentenced as part of the same scandal that brought Friedland down.

Friedland was released from prison in July 1997 and now lives in Florida. 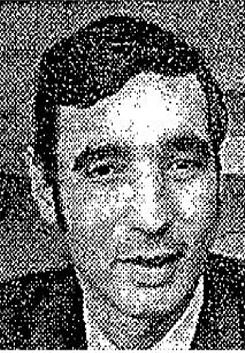