News last summer, just before the Democratic National Convention, that Ashley Evans, 7, and her sister Sophia, 3, have been reunited with their father after being stuck in the Republic of Georgia after the Russian Army invasion two weeks ago essentially assured the re-election of U.S. Rep. Christopher Smith to a fifteenth term. Smith traveled to Georgia last week to meet with officials and has remained there to help facilitate the safety of the two girls, who live in Howell Township in the fourth district.

The move ended the one promising campaign of Democrat Josh Zeitz, a college professor making his first bid for public office. Smith beat Zeitz 66%-32% in a race some say was over even before the rescue mission. Zeitz is now serving as a top policy advisor in the office of Gov. Jon Corzine.

This week, Smith scored another success by helping David Goldman, a Monmouth County resident, hold a reunion in Brazil with his eight-year-old son after four years. Smith accompanied Goldman, who has been fighting to regain custody of his son, an American citizen, who now lives with his step-father after his mother died last year.

The Mercer County Republican has been putting political pressure on Brazilian officials and thinks they are violating international adoption treaties.

Smith has been criticized in the past for infrequent trips home to the district, his Virginia residency, and his international travel as a senior member of the House Foreign Affairs Committee. But successes like this one make it exponentially more difficult to make the case to voters that Smith is less effective because he's not in New Jersey. 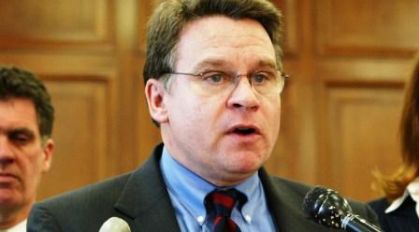