WHITE – After approaching the Warren County Freeholders at their meeting last week, Assemblyman Michael Doherty (R-Washington Twp.) plans to sit down with the freeholders this afternoon to try to convince them to pass a resolution banning borrowing at the county level without voter approval.

It’s no declaration of political war, insists Doherty – simply a good government broadside and timely exclamation point on a crusade he launched a year ago.

“Voters approved the Lance Amendment (forbidding borrowing without voter approval at the state level), but there remains a huge loophole that needs to be closed for counties and municipalities,” said Doherty, a former freeholder who is pursuing an off-the-line run against state Sen. Marcia Karrow (R-Raritan Twp.) in the 23rd District.

“We’re not talking about court orders and state mandates here,” Doherty explained. “We’re talking about voluntary projects. People are cutting debt like the plague in their personal lives, and recognition of that would be a good expression of leadership.”

Given the national recession, Doherty doesn’t think the freeholders should move ahead with plans to borrow $20 million as part of a multi-million buildings project unless they first win approval from the taxpayers, but the freeholders are resistant.

They pride themselves on their conservatism, and for all its noble intentions, frankly, don’t believe Doherty’s measure applies here.

“I’m not at odds with the Assemblyman’s bill,” explained Freeholder Director Richard Gardner. “I think it’s the right kind of philosophy in today’s climate. Plenty of counties, plenty of Democrat leaders in the state, have gone on a spending band wagon.

“But in terms of Warren County,” he added, “we’re typically conservative by nature. It’s not a revelation in Warren County, and I don’t see where it’s needed at this time.”

Gardner said he does not intend to delay going forward with refurbishment of the county’s historic Warren County Courthouse or with the construction of a new county library and other department offices to replace a so-called temporary facility of 36 years.

“It’s not in the best interest of the public if we were to stop these projects right now,” he said.

“I don’t have a problem with the resolution,” said Chamberlain, who was on vacation last week when Doherty went to the freeholder meeting.

“I do have a problem when we’re three quarters of the way through projects, we’re paying as we go, and we have the least amount of debt of any county in the state,” he said. “We’re very fiscally conservative, and these are things that have to be done. This is a strategic goal in part to get out of exorbitant rent. This is construction that will be phased in in a responsible manner.

“I’m not sure what Mike’s goal is,” Chamberlain added. “When you take the most responsible, fiscally conservative board and rein in its strategic planning, hundreds of thousands of architects’ fees, hours and hours by department heads and engineers going through process, I just don’t know.”

The three elected officials say there’s no intrigue to their disagreement, though they were staunch allies once, undergirded by their mutual backing by the New Jersey Right to Life movement.

Relations between Gardner/Chamberlain and Doherty first went sour when Chamberlain shopped his son, Chad, as county chairman and Doherty backed away from offering his support.

Doug Steinhardt subsequently defeated Gardner for party chairman and the young Chamberlain, a pharmacy manager, reemerged as a 2007 candidate for clerk.

Doherty came out of an executive session denouncing Freeholder Chamberlain’s efforts to bypass veteran Deputy Clerk Pat Kolb in favor of his son. The Assemblyman persuaded state Sen. Leonard Lance (R-Clinton) to stand with him in helping to forestall a governor’s appointment and letting the voters decide who should be clerk.

They prevailed, and Kolb crushed Chad Chamberlain with 75% of the vote in that year’s Republican Primary.

“Absolutely not,” said Chamberlain to a question of whether he worked channels to help undo Doherty among Warren County Republican Committee members.

Moreover, he intends to stay out of the Karrow-Doherty primary, he said, and removed from the Assembly race in which fellow Freeholder John DiMaio is running to claim Karrow’s vacated seat and will likely be on the line in Hunterdon County.

The underground aside, as Doherty sits down face-to-face with Gardner, Chamberlain and DiMaio today he said he just wants them to answer a simple question: “Why are you plunging us into the debt pool?” 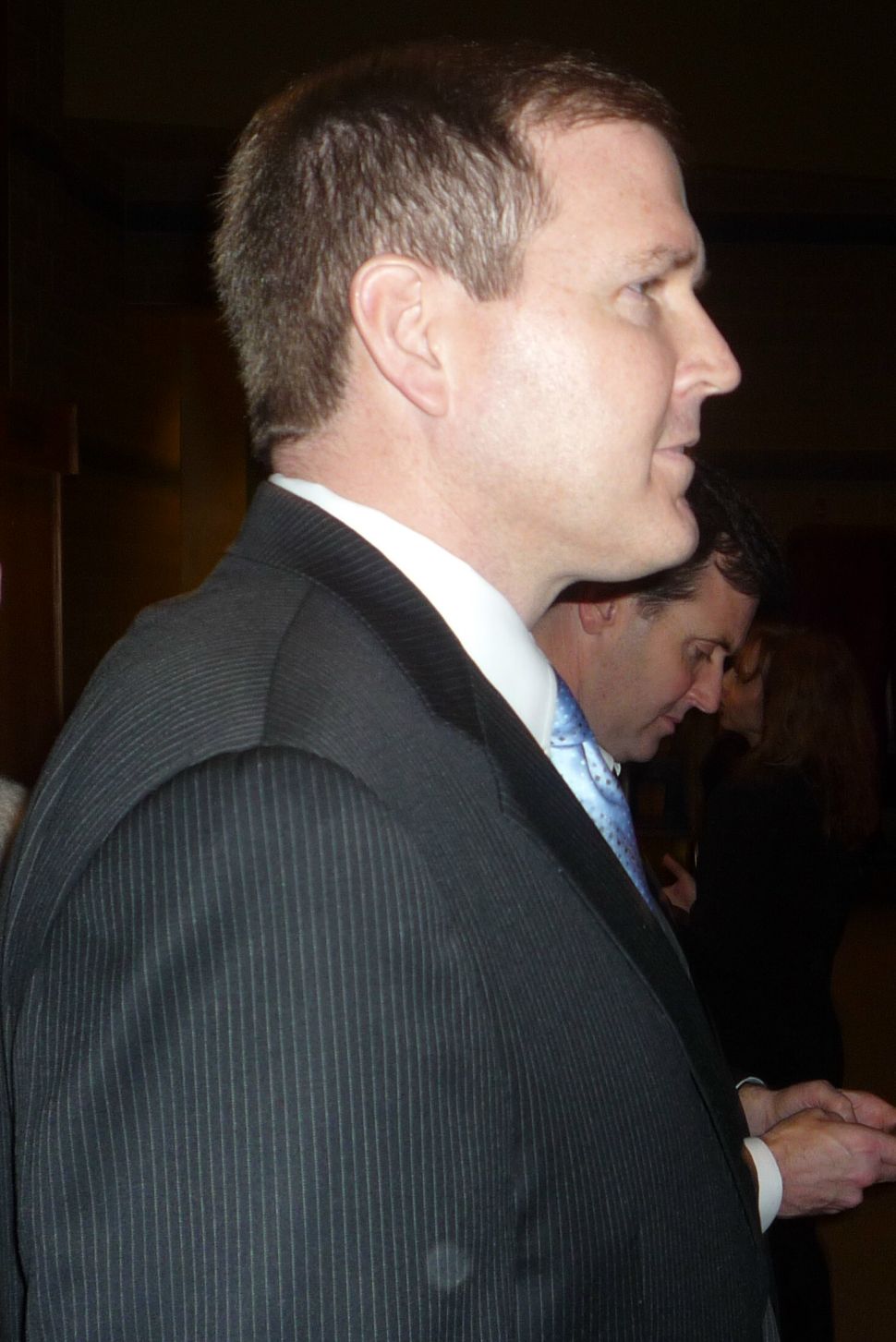