A gratified Beck received the federation’s award from Coyle.

The SCFRW each year presents this award to a woman who epitomizes Republican public service in the spirit of the late U.S. Rep. Millicent Fenwick (R-Bernards), who served as a congresswoman from 1974 to 1982 before her appointment as U.S. Ambassador to the United Nations Agencies for Food and Culture – who once said, “The only people who would be in government are those who care more about people than they do about power.”

“The award… acknowledges and recognizes those women who have dedicated their lives to providing service to others, and who exemplify Republican values,” said Janice M. Fields, president of the SCFRW. “This award also reflects the federation’s intent to ensure that the achievements of these women are recorded in history.

A much talked about prospect for the office of lieutenant governor this year, Beck nailed down her second prestigious women’s group award named in honor of a New Jersey woman politician in as many years, having received the Barbara Boggs Sigmund Award from the Women's Political Caucus in 2008. 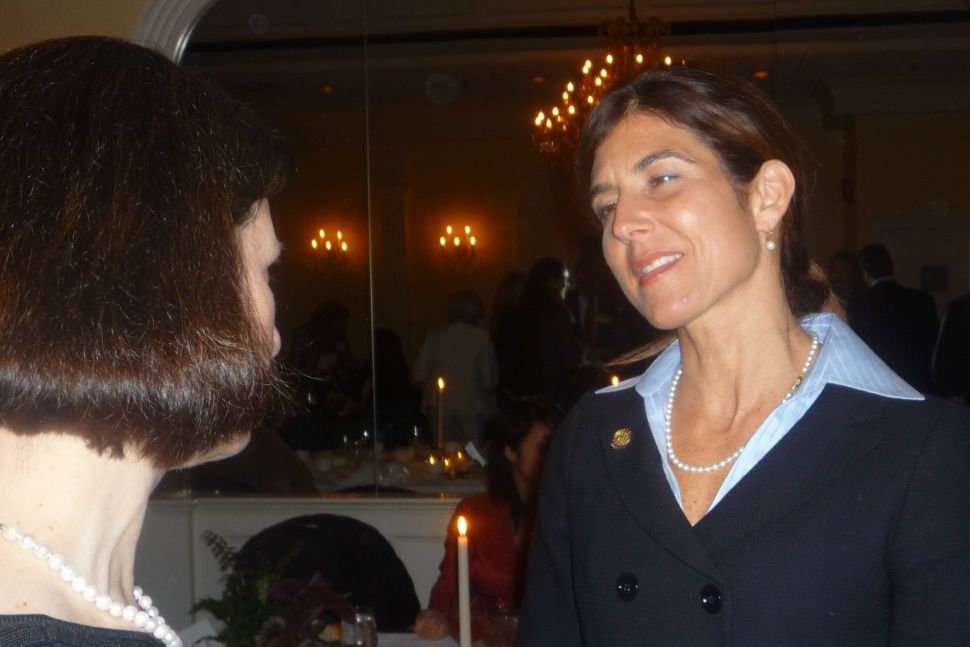