EATONTOWN – Sarah Palin’s prime time debate shout-out to Joe Six Packs likely turned the heads of more than several occupants on bar stools here in Eatontown, a town whose classic blue collar image was finally tempered somewhat nearly 50 years ago when the Monmouth Mall landed in the midst of farmlands and roadside bars and turned a generation of tool and die Jack Sprats into mall rats.

Set midway between the 11th Legislative District’s economic extremes – Rumson on the hill and Long Branch at the shoreline – Eatontown leans Democrat in a district that more than leans Republican and – in a gut check moment – went for McCain last year over Obama, a fact noted with some pride by state Sen. Sean Kean (R-Wall), who watched Gov. Jon Corzine come here today with no small amount of skepticism.

Looking to shop his budget proposal in New Jersey’s version of the heartland, Corzine trotted up the steps of Frank and Marti Kijac’s house on his way in to head up a living room discussion of his $29.8 billion working document, which Republicans believe crashes in especially punishing fashion on the middle class.

Making news exactly a week after he delivered his budget address and awoke a backlash against his thresholds for property tax freezes and the elimination of the property tax deduction on income taxes, the governor told Andrew Bauer, a retired marketing director, “I am in rethink mode when it comes to the property tax reductions.”

“Most of the folks in society worked very hard to get what they have and we want to address their needs,” Corzine later told reporters on the Kijacs' front lawn after he stretched the hour-long event into overtime, organized after Corzine’s people called Eatontown Mayor Gerald Tarantolo, who called Kijac, who brought in between 15-18 neighborhood residents to meet with the governor.

“What I’ve said about the budget is it takes courage, but that doesn’t necessarily mean that you’ll get my vote in November,” Kijac, retired from the insurance business and a registered Democrat, told Corzine.

Corzine broke the ice with Kijac when he told him “Semper Fi,” a Marine Corps password that caused the homeowner to smile. As he settled into a couch with the residents gathered around him, the governor noticed the kitchen table – that signature middle class imagefrom his budget speech, which state Sen. Bill Baroni (R-Hamilton) later twisted into a soundbite about how most homeowners are now pounding on their kitchen tablesas a consequence of hearing the governor’s speech.

“We sit around that table the same way you do,” said Corzine, a reference tohis and his staff's work on the budget. “Moses didn’t come down from the mountain and say, ‘This is the way you do this.’”

As is the case at many of these political events, there were more reporters present than local concerned residents, but the governor insisted on taking his time, laying out his essential argument about how if he had presented the same budget as last year he still would have had a hole of $3 billion.

He quickly tried to relieve some small town pressure points. He cut municipal aid last year 12%, a number that’s down to just 2% this year. And yes, he wants to reexamine the elimination of property tax deductions,a responseto critics arguing that his initial proposalwould slam those in the $75,000 income range or higher, who in Corzine's budget also stand to lose their property tax rebate checks.

"I give the governor credit for being open to making that change," said Kean in a telephone interview. "It shows he's listening to the people, which is the same thing that happened when they rejected his toll roads plan."

"I'm glad Governor Corzine took Chris's advice so quickly and understandseliminating the property tax deduction is a terrible idea – but he needs to go even further," said Christie spokesman Bill Stepien. "He must turn mere words into decisive action and promise all New Jerseyans that he will reinstate their property tax deduction and homestead rebates immediately.Only decisive action will stop the pain Governor Corzine’s tax hikes are inflicting on middle class New Jersey families." 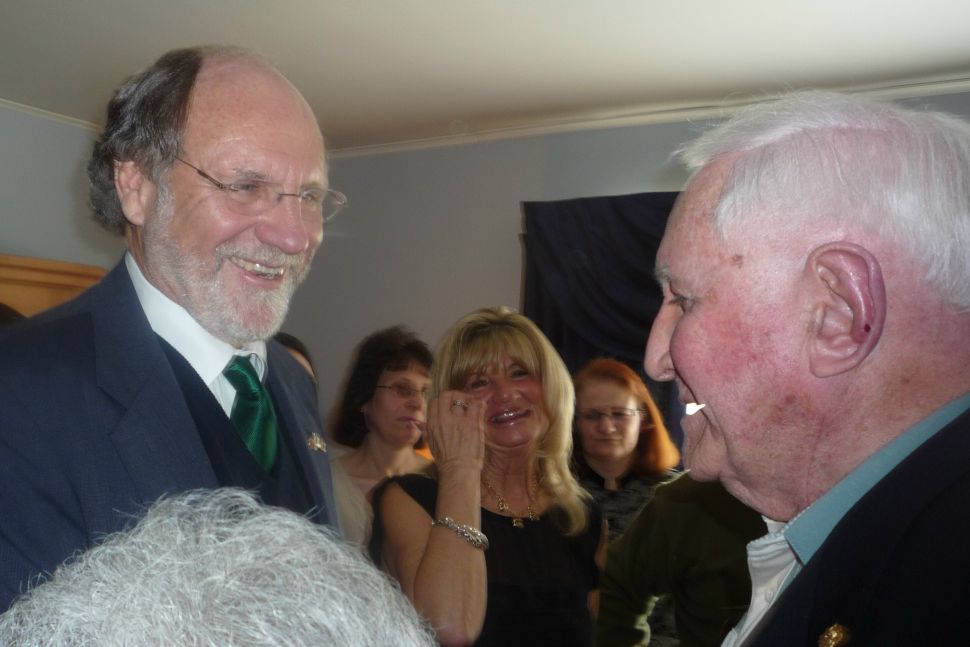