“I think his budget address only reinforces the information we’re getting from Trenton that it’s a disaster. Blaming George Bush for it all is just not going to work anymore,” said Marchand. “Democrats have been in charge for seven years. It’s time for them to accept complete responsibility. You don’t raise taxes in the middle of a recession – that’s economics 101.”

Marchand lost his job as surrogate in November after a Democratic wave swept through Cumberland County, taking out the freeholder board’s last Republican member and a long-time incumbent sheriff. But with Governor Corzine at the top of the ticket this year instead of Barack Obama, Marchand said that the district’s two assembly seats appear ripe for Republican takeover – at least if the GOP agrees to fund more than just a token challenge.

Over the last three decades, the party makeup of the district’s legislators has mostly mirrored the party that has controlled Trenton, with the exception of former state Sen. Raymond Zane, a Democrat who switched parties at the end of his political career. With Republicans growing confident about their gubernatorial prospects, some see potential coattails on former U.S. Attorney Chris Christie.

“My thought is that it’s a completely swing district. Who has the majority in Trenton and who has the governor basically will have the 3rd District too,” said Marchand.

Marchand, a former freeholder and county prosecutor, would like to be a part of that change, but he’ll need to overcome two obstacles if he’s going to run: his lack of fundraising ability and a major intra-party dispute in neighboring Gloucester County, which makes up a large portion of the district as well.

State Republicans, Marchand said, need to show him a cash commitment if he’s going to get in the race.

“I can raise thousands, but I couldn’t raise $100,000, let’s put it that way. If the state looks at the 3rd District as one where they can make headway, I need a commitment,” he said. “I want to make sure that I’m not waking up in the morning with my coffee watching a Philadelphia station and seeing lousy commercials being put on by the other guys because they have $2 million to throw at it. We need to be able to put our message out and fight back as necessary.”

And while state Republicans may be hesitant to meddle in the messy internal affairs of a county level party, Marchand said that peacemaking in the Gloucester County GOP – where chairwoman Loran Oglesby has been besieged by detractors who want her to step down before June – is integral to fielding a successful ticket.

Already, two potential running mates for Marchand surface from Gloucester County: on the anti-Oglesby end is Greenwich Township Mayor George W. Shivery, Jr., who has called on the chairwoman to resign, while Dr. Robert Villare, a medical doctor from Paulsboro, has also sent a letter of intent.

Reached for comment, Oglesby said that she is going to screen the candidates and has not yet decided who she will endorse.

Salem County Republicans courted Pennsville National Bank President Bob Vanderslice, who has deep ties in the community, but he said he could not fit being an assemblyman into his schedule.

Republican operative Mark Duffy, who’s heading up the Assembly GOP candidate recruitment, said that the party is targeting the 3rd District, but would not indicate how much money, if any, they are willing to spend there.

“We’re going to be committed to running effective, credible campaigns in our targeted districts. And by virtue of the way issues are unfolding with Corzine and legislative Democrats, we feel we’re going to be able to do that,” he said.

Democrats are confident that the district will not be in play, even with one less incumbent on the ballot after Assemblyman Doug Fisher left to become Secretary of Agriculture. He’s expected to be replaced by Bridgeton Councilwoman Celeste Riley. 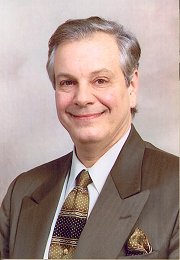