With his county convention vote totals adding up to less than 1% of all those cast, GOP gubernatorial candidate Franklin Twp. Mayor Brian D. Levine would appear to be at a serious gut check point in his campaign, particularly as he heads into Thursday night’s committee vote in his home county of Somerset.

But Levine has no intention of standing down – neither before nor after the Somerset convention.

“I’m in it,” Levine told PolitickerNJ.com on Sunday night. “Unfortunately, it’s tax season and as a CPA I’ve had to be focused on that more than I would have liked. If I did it again (mount a gubernatorial campaign), might I farm out some business in order to spend more time connecting with committee people? Yes, I think so. Hopefully, I’m a quick study.

“I know my convention votes aren’t there,” Levine acknowledged. “But we’ll see how it goes in Somerset. My intention is to stay in regardless of the outcome on Thursday. Next Monday is the filing date for petitions. After the conventions, I’m going to turn my attention to a little fundraising and to getting my message out to people.”

Levine said no one from the Somerset GOP prodded him to get out of the race before Thursday’s convention, where the mayor’s hometown of Franklin has 93 committee seats.

“I don’t know that people didn’t think it, but no one said it,” Levine joked. 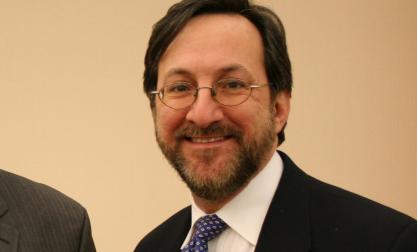