NORTH PLAINFIELD – Steve Lonegan struck at the Chris Christie campaign Tuesday night as he called for the Republican frontrunner to get realregardinga chunk ofcampaign cash.

Citing a forthcoming story in the Observer-Tribune weekly newspaper that serves Christie’s hometown of Mendham, gubernatorial candidate Lonegan criticized his primary opponent for accepting $20,400 in campaign contributions from partners in the Roseland law firm of Stern and Kilcullen and their spouses.

During his tenure as U.S. Attorney in 2005, Christie signed off on a deferred prosecution agreement, enabling Stern and Kilcullen to oversee the financial resucitation of a scandal-plagued University of Medicine and Dentistry of New Jersey (UMDNJ), a job that has reportedlyadded up toat least $8 million.

“He absolutely should give the money back,” said Lonegan, referring to 2009 campaign contributions made to Christie’s gubernatorial campaign by the firm’s principals. “That was a hand-picked no-bid contract from Chris Christie.”

One of Stern and Killcullen’s partners is former Morris County Freeholder John Inglesino, who maxed out to the Christie campaign with a $3,400 contribution, according to the New Jersey Election Law Enforcement Commission (ELEC). That amount was duplicated by Amy Inglesino.

Appearing at a GOP candidates’ forum in North Plainfield tonight, Lonegan told PolitickerNJ.com that in addition to the $20,400 in individual contributions, Christie accepted another maximumgift from Inglesino’s freeholder campaign apparatus – all of which is detailed in a report prepared by Observer-Tribune editor Phil Garber.

“He (Christie) doesn’t have to give the money back legally, but that’s not the issue; he said himself his first test was whether it’s right,” said Lonegan, who chafed at the former U.S. Attorney's public image as a crusading boy scout,who ran as a freeholder in the 1990s on a good government platform andrequired the board toobtain at least three quotes from qualified firms seeking county contracts.

“If you look at my 7,000 donors, not one of them has ever sought a state contract,” added the former mayor of Bogota. “Not a single, solitary donor. If you look at Christie’s ELEC list, nearly every person on it is politically connected.”

Also running for governor, Assemblyman Richard Merkt (R-Mendham) appeared beside Lonegan at the local GOP forum at the North Plainfield community center where Christie was not in attendance.

“It’s a serious issue,” Merkt said of the campaign contributions from Stern and Kilcullen.

Contacted by PolitickerNJ.com on Tuesday evening, the Christie campaign did not comment. 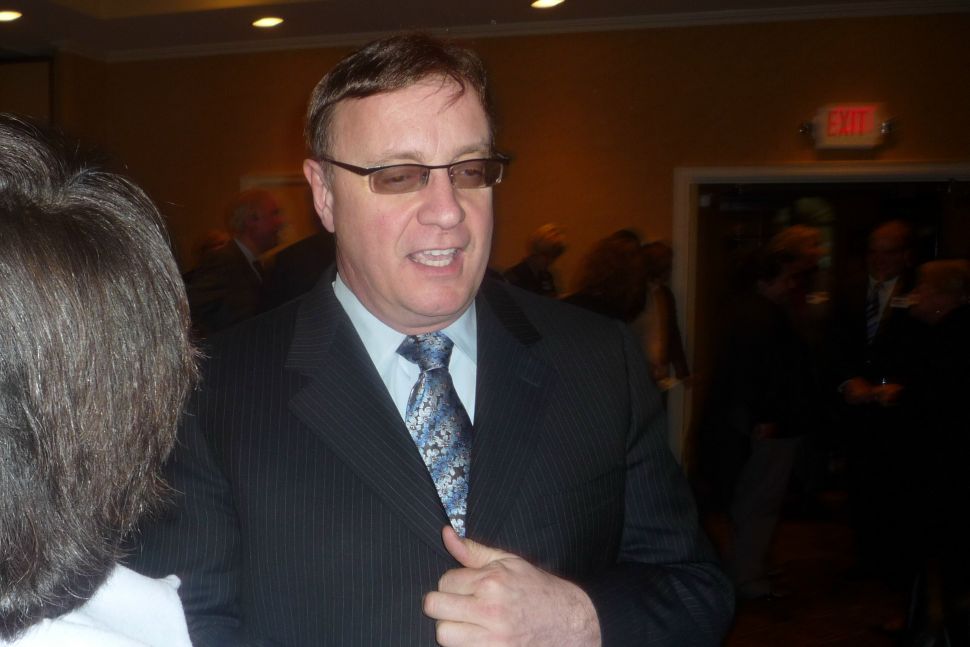