“We haven’t made a formal announcement, but there will be a campaign this year,” said Marks, a dentist, who will run on a GOP ticket with Scotch Plains resident Bo Vastine, formerly of Plainfield.

“I have been meeting with quite a few people, and this time out the Republican Party asked me to run,” said Marks, who scrapped with his party in years past over ideological commitment.

A conservative, Marks ran unsuccessfully for the Assembly in 2003 and for Congress last year.

“Now those in the hierarchy of the Republican Party are willing to get behind my campaign, which is of paramount importance – Alex DeCroce, Jon Bramnick,” said Marks.

“I know it’s been a Democrat district,” he added of the more than 3-1 Democratic 22nd, “but the prevailing current is in favor of Republicans. Jon Corzine’s numbers continue to plummet and the hospital in Plainfield closed under the noses of Jerry Green and Linda Stender. Frankly, it’s tough to sit on the sidelines when the political dynamics are shifting and the tide is turning toward Republicans.”

Marks said if elected he would dedicate himself to working on the Republican team, but would also be unafraid to speak his mind. 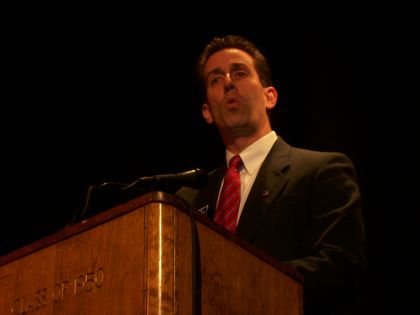