“I do not want the hard working people of Hoboken to leave our city,” Mason said in response to Roberts’s ultimately successful efforts to get Metropolitan and Waterfront to ditch its ad yesterday. “But Mayor Roberts' temper tantrum over this billboard is a complete and total lack of personal responsibility. The state monitor reported that the tax increase was brought on by under-funded budgets and uncollected revenues. Mayor Roberts’ reckless mismanagement is the very cause of the billboard.

“Whether or not the billboard comes down will not change the reality Roberts’ has created for Hoboken, so he should stop running from it,” Mason added.”It is Roberts’ lack of leadership that is forcing residents to leave our city, not a billboard.” 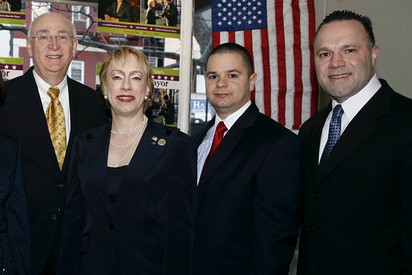