FORDS — Middlesex County Republicans chose a 21-year-old college junior as their candidate for a 14th District Legislative assembly seat during their convention today.

Brian Hackett, a Monroe Township resident who’s the College Republican President at The College of New Jersey, was unopposed for the Middlesex County Republican Organization’s endorsement, giving him the party line along with restauranter Rob Calabro of Hamilton.

If elected, he’ll spend the second half of his senior year in the legislature.

The 14th District is supposed to be one of the most competitive in the state this year, with Assembly members Wayne DeAngelo (D-Hamilton) and Linda Greenstein (D-Plainsboro) up for reelection. DeAngelo, a freshman, is considered particularly vulnerable.

Hackett, who ran for the school board in Monroe in 2006, said that he is not a placeholder candidate. He became the party screening committee’s unanimous choice after South Brunswick Municipal Chairwoman Lynda Woods Cleary decided to run for freeholder instead of assembly.

“I think I can talk to people beyond party about issues that affect people across the board,” he said.

The District is represented by a Republican, Bill Baroni of Hamilton, in the state Senate.

Assemblyman and gubernatorial candidate Richard Merkt (R-Mendham) was ecstatic about the choice, saying that Hackett breathes new life into the party.

“That kid’s got more leadership and more moxy than most of the people in the legislature. He’s a comer, and shame on the Republican Party if we don’t recognize people like that,” he said. “I think the Republican Party needs to take a chance on someone who is young, has energy and already has an impressive presence.” 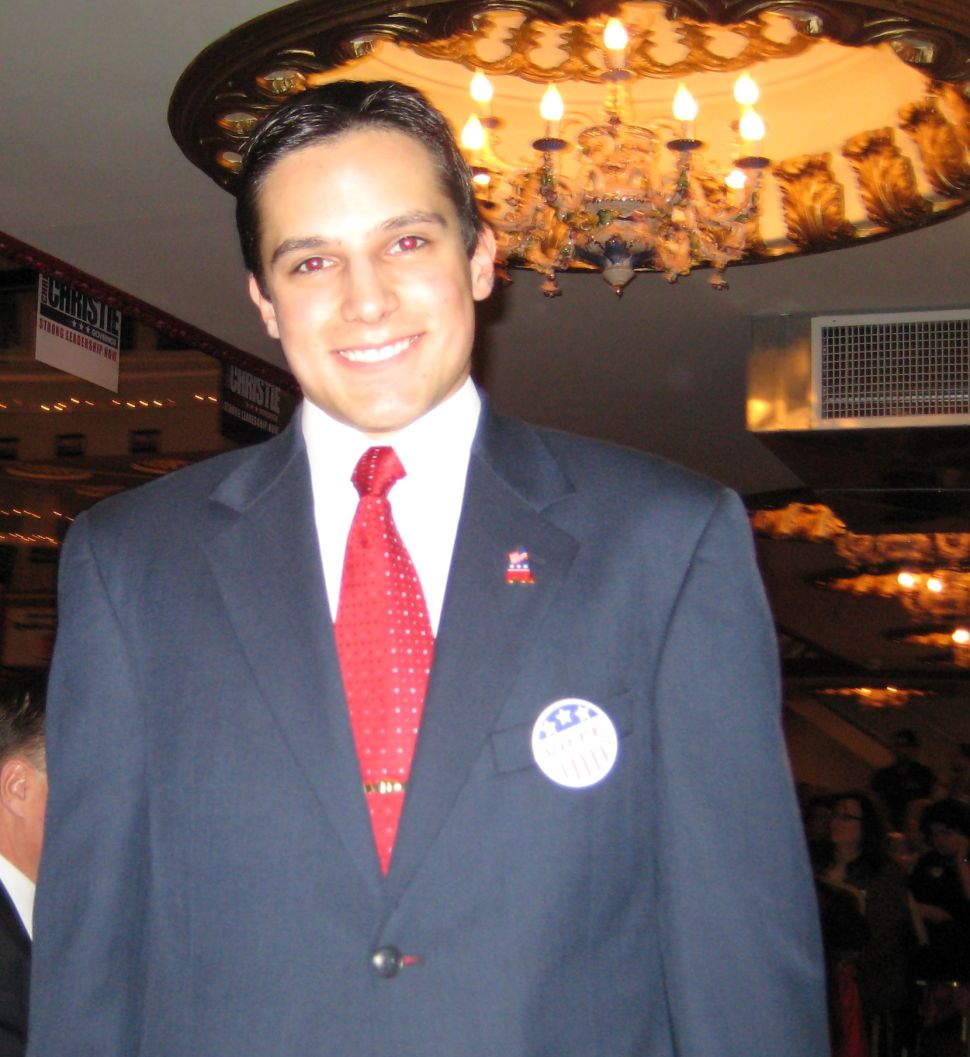