Senate President Richard Codey remains very popular among New Jersey voters, with a 41%-14% favorable rating in a new Fairleigh Dickinson University poll. But more than three years after he left office as Governor, he is slowly dropping in the name ID department. An FDU poll in September had him at 49%-11%. In November 2005, one year after he became Governor, an FDU poll showed Codey with a 65%-11% approval rating.

One-quarter of the state hasn't heard of Codey — up six points from November 2005.

Codey started out at 30%-9% — his approvals in a September 2004 poll conducted after Governor James E. McGreevey announced his resignation but before Codey succeeded to the governorship. 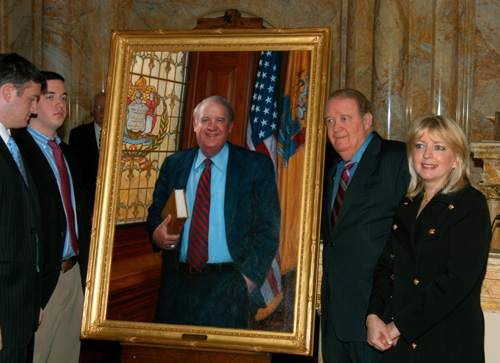