Jersey City Mayor Jerramiah Healy has a 41-point lead over former Assemblyman Louis Manzo in his bid for re-election to a third term, according to an internal poll conducted for the Healy campaign and obtained by PolitickerNJ.com. The Benenson Strategy Group poll has Healy leading Manzo 55%-14%, with 12% for Assemblyman L. Harvey Smith and 5% for a fourth candidate, Dan Levin. 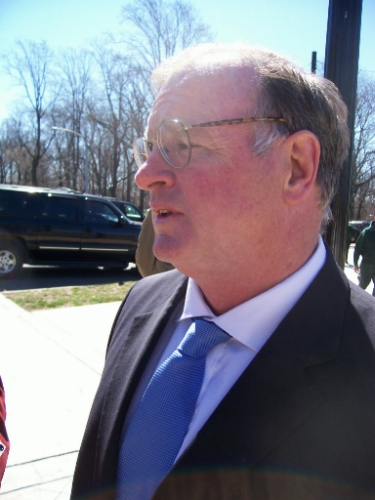