Former U.S. District Court Judge Herbert Stern and his law firm, Stern & Kilcullen, received $3 million in fees for their work as the University of Medicine and Dentistry of New Jersey's federal monitor, not $8 million as indicated in published reports, the law firm says. The $3 million was paid over a two year period and involved seven different people at the firm. The $8 million UMDNJ paid to federal monitors included fees paid to consultants not affiliated with Stern & Kilcullen, including auditors.

Stern's fees have become an issue in the gubernatorial campaign of Republican Christopher Christie, who as U.S. Attorney gave Stern a no-bid contract as part of a deferred prosecution agreement with UMDNJ in 2006. Some Democratic lawmakers and GOP gubernatorial candidate Steven Lonegan are making an issue of campaign contributions to Christie by Stern and others at his law firm.

A report filed by the federal monitors in 2007 says that the team headed by Stern, who served as U.S. Attorney before his nomination to the bench, identified $400 million of documented fraud, waste or abusive practices at UMDNJ. The Stern investigation led to the indictment and conviction of Senate Appropriations Committee Chairman Wayne Bryant, and pushed the UMDNJ trustees to implement key compliance reforms. 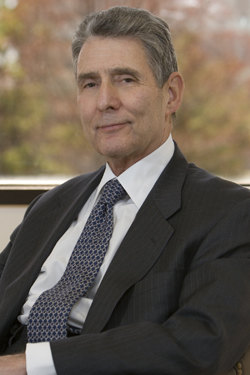