NEWARK – Veteran Sen. Ronald L. Rice (D-Newark) said he has had several sit-downs with Gov. Jon Corzine to make certain women and minorities are an integral part of the federal aid package, which Rice fears could turn into a labor free-for-all that would little benefit low-income District 28 constituents.

“As a Democrat I’m asked to fight for construction trades contracts but then those projects don’t include women and minorities, and all I’m saying is when we start really distributing this aid from the feds, we better pay attention to Latinos, our African Americans and women – you follow me? Because historically with projects like these, there has not been that inclusion.

“We’re in a tough cycle economy,”addedRice, who infuriated the AFL-CIOwhen he abstained on last year's Paid Family Leave Act vote. “This is real in terms of the downside: 12-13-14 % unemployment in Newark, but I want to make sure we are part of the stimulus, and the Black Caucus will continue to meet with the governor to collectively drive that issue home.”

Now Rice is additionally troubled about how the state absorbs $17 billion in federal stimulus aid.

“I’m hearing tunnels, bridges, roadways, but that doesn’t get into the neighborhoods,” said the veteran senator. “No matter how wonderful Obama is as president, Latinos and women and African Americans have to directly benefit from this, and not just token stuff. We will make our case, and we will put our positions and reputations at stake to say right things and demand strict monitoring of minority funding and I don’t care if it’s an election year.”

On the record for months demanding that Corzine select an African American lieutenant governor (“I think it would help him – big time”) Rice also said he wants the governor’s assurance that those minority women not returning to the legislature next year will be replaced by minority candidates for their offices.

“I’m talking about Dana Redd (who’s leaving her District 5 senate seat to run for mayor of Camden) and Assemblywoman Nilsa Cruz-Perez (who abruptly announced her retirement from her 5th District seat,” Rice said.

As for Corzine’s prospective running mate, Rice said, “A woman, yes, but you’re going to need a bulldog too, particularly if they have a Beck (state Sen. Jennifer Beck (R-Red Bank) running around out there on their ticket. There will be more attention on them than on the gubernatorial candidates.” 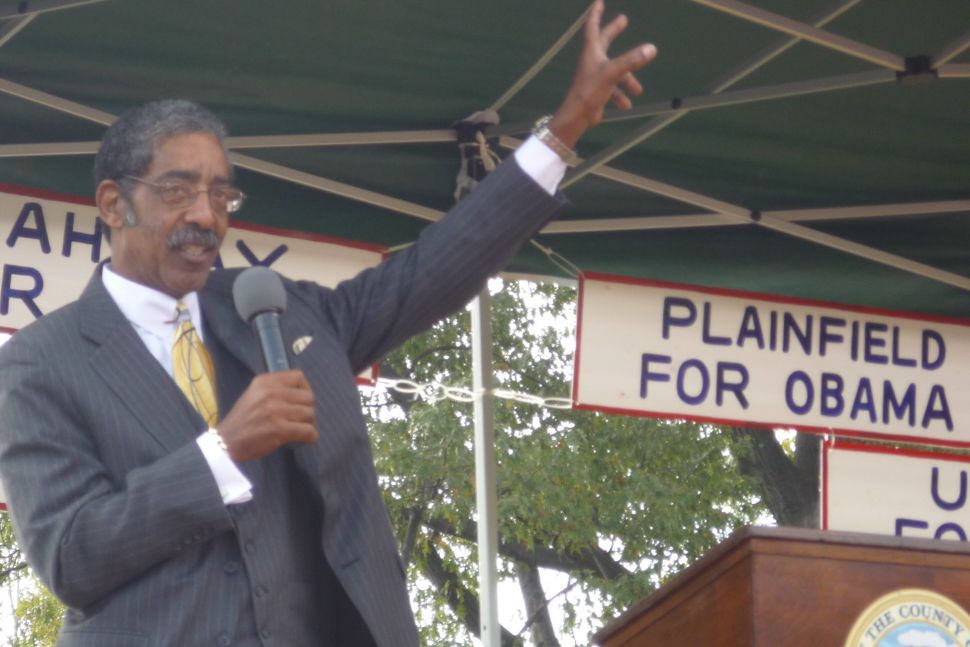