The chief question was whether the real estate developer with a bug for politics and access to cash would turn around and run in the 36th Legislative District Democratic Primary against his former conqueror Assemblyman Gary Schaer (D-Passaic)?

Currie said he did not discuss that possibility with Sandoval.

“I first heard that he might do that on Friday night, but I couldn’t stop him if I wanted to,” said the party chairman. “All he told me is he’s bringing 1,000 of his people into our party, and if you ask me, that’s pretty positive. Anyone can challenge anyone at anytime. I told him you don’t really need me to change parties but if you want to do something publicly, that’s fine.”

While making it clear that he knows of no plan by Sandoval to run for the Assembly, state Sen. Paul Sarlo (D-Wood-Ridge), who’s not on the ballot this year, right away declared his public support for incumbents Schaer and Assemblyman Fred Scalera (D-Nutley).

“I just spent $4,500 on a newsletter for those guys, how am I going to not support them?” said Sarlo. “Now we’re working on our second newsletter. Listen, if Sandoval was contemplating running against them, I would tell him that’s not in the best interest of the party. I unequivocally affirm my support for Schaer and Scalera.”

The Democratic incumbents at the very least face what most political insiders believe will be a tough reelection bid against a 36th District GOP ticket composed of Carlstadt Board of Ed member Don Diorio and Carmen Pio Costa, a Nutley businessman.

Although Blanco and Schaer are strong political allies whose communities joined forces in a special election last year – and despite the implications of the May mayoral on Schaer’s own reelection campaign in a battleground district – Sarlo said he intends to remain on the sidelines of the Blanco-Capuana scrum.

“Passaic City is a unique place, a diverse community,” Sarlo said. “The new mayor is off to a good start, but I don’t think it’s in the best interest of my office to get involved in that race.”

Sources say Sarloworries about achallenge from formerAssembly Majority Leader Paul DiGaetano – who's orginally from Passaic,and who's told friends and supporters he's mulling a run for the state senate in 2011. 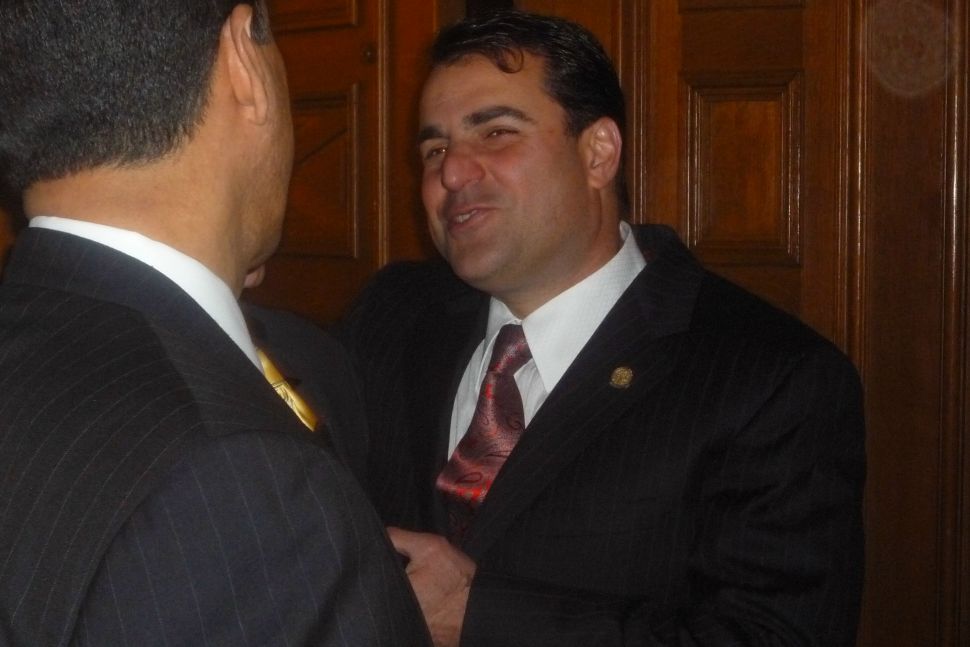