Union County was a bit late when it came to electing women to the New Jersey Legislature, and then set some records by sending a woman to Congress and elected the first two women to the State Senate. But Union County hasn't had a Republican Assemblywoman in almost 29 years.

Westfield Republican Irene Griffin became the first women to represent Union County in the State Assembly when won the seat in 1944 – two years after losing a GOP primary. Griffin, a former Vice President of the Union County PTA, won the seat of Assemblyman Clifford Case (R-Rahway), who was seeking a seat in Congress. In the GOP primary, she placed fourth for four seats in a field of fourteen candidates.

She did not seek re-election in 1945 (until 1947, members of the lower house ran for one-year terms). She sought to become the first woman in the State Senate in 1947, when Herbert Pascoe (R-Elizabeth) stepped down, but lost the GOP nod to Assemblyman Kenneth Hand (R-Elizabeth).

Griffin challenged incumbent Assemblywoman Florence Dwyer (R-Elizabeth) in the 1951 GOP primary, but was unsuccessful. Dwyer defeated Griffin again in 1956, when the two faced off in a Republican congressional primary; in the general election, Dwyer unseated the incumbent Congressman, Harrison Williams (D-Plainfield).

In 1957, Griffin again became a candidate for the State Assembly and won the Republican primary by less than 100 votes against the supposed front-runner, Nelson Stamler. Stamler had won considerable statewide attention during his seven years as Deputy Attorney General of New Jersey, where he led a virtual war against political corruption and illegal gambling in Bergen County. But in the general election, Democrats won all four Union County Assembly seats, with Griffin and three incumbent Assemblymen going down to defeat. Among the Democrats who won Assembly seats that year was Mildred Barry Hughes (D-Union Twp.), who would become the first woman to serve in the State Senate when she won in 1965.

Following the death of State Sen. Robert Crane (R-Elizabeth) in 1962, Griffin mounted her sixth campaign – a bid for State Senator against Stamler, who had run again for Assemblyman in 1959 and ousted one of the incumbent Democrats. Stamler, whose son would later serve as Union County Prosecutor, beat Griffin in the primary by a 74%-26% margin. She later served as the Republican State Committeewoman from Union County.

In 1975, Westfield Republicans knocked Griffin off their organization line when she sought re-election to her Ward 1, District 2 County Committee seat. She ran anyway, and defeated Lorena Kimmer by a 72-65 votes, 53%-47%.

Union County Republicans have not elected a woman to the Legislature since 1979, when Assemblywoman Barbara Curran (R-Summit) won re-election to a fourth term. Curran resigned in 1980 to become a BPU Commissioner and now serves as a Superior Court Judge. Since Curran left office, Union County Democrats have sent three women to Trenton: Angela Perun (D-Plainfield), Linda Stender (D-Fanwood), and Annette Quijano (D-Elizabeth). 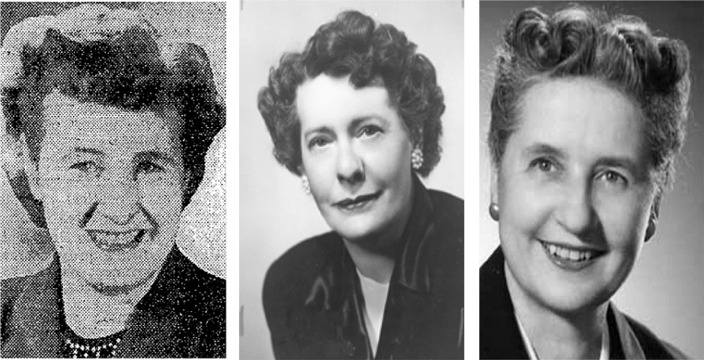