After considering running for a seat left vacant on the Somerset County Freeholder Board, Kate Whitman of Peapack-Gladstone today announced that she has decided not to screen for the seat before the Republican Committee here, she wrote in a letter to supporters.

“While I was heartened by the level of support and encouragement that I was receiving, this is simply not the right time for me personally and professionally,” said Whitman, the daughter of former Gov. Christie Todd Whitman, who placed second behind Leonard Lance in a run for Congress in the 7th District last year and screened unsuccessfully for freeholder in 2007.

“I will soon begin a new full time professional endeavor that will require my full attention,” Whitman added. “Additionally, I will proudlycontinue my work withthe Somerset County Federation of Republican Women and be an active member of the Raritan Valley Habitat for Humanity Board of Directors.”

The prospective candidates screen before the Republican Committee on Wednesday night. 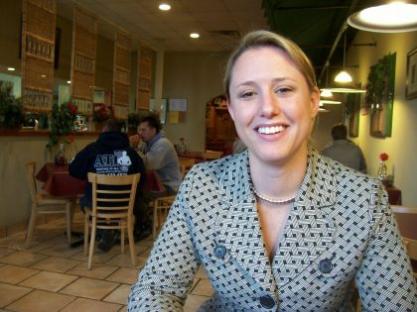