NUTLEY – Notwithstanding his soulful exchange of professional and platonic respect with Chris Christie hours after Christie stepped down as U.S. Attorney late last year, Essex County Executive Joe DiVincenzo says when it comes to statewide politics, he’s only focused on helping to reelect Gov. Jon Corzine and doesn’t anticipate getting a call to serve as Corzine’s running mate.

“I would always leave all doors open but my efforts are focused on getting the top of the Democratic ticket elected; we can’t lose that top person,” said DiVincenzo, now serving his second term in office and gearing up for a third term run next year.

To this year’s end of aiding the governor, DiVincenzo will soon formally dispatch his chief of staff, Phil Alagia, to head up Corzine’s statewide political operations.

“I don’t know who I would recommend to run with Jon Corzine,” said DiVincenzo, when asked to consider his thoughts on a Democratic candidate to serve as the state’s first lieutenant governor. “I’m not even thinking about a second person. I know that times are hard and people are very upset. This is a big county (Essex) – an important county, and we have a lot of work to do to get the governor reelected. That’s my focus. It’s still early.”

DiVincenzo said he knew nothing about a scenario generated by Essex County sources, which features Democratic Party players leaning on Corzine to select Assembly Majority Leader Bonnie Watson Coleman (D-Ewing) for lieutenant governor, which would open the way for Assemblyman (and Democratic State Chair) Joe Cryan (D-Union) to become the Assembly Speaker in the event Speaker Joe Roberts (D-Camden) retires.

The move of the north Jersey-based Cryan to the top slot in the Assembly would free state Senate Majority Leader Stephen Sweeney (D-Bridgeton) to more forcefully make the case that he should succeed Senate President Richard Codey (D-West Orange).

“My only point is Jon Corzine has done a great job,” said the county executive. “I don’t believe he’s succeeded in getting his message out there. But he deserves credit for ending Christmas Tree spending and implementing ethics reform. Because of those reasons, political leaders in this state are upset with him, but theirs is a function of self-interest and not a true consideration of what this governor has done to improve people’s lives.” 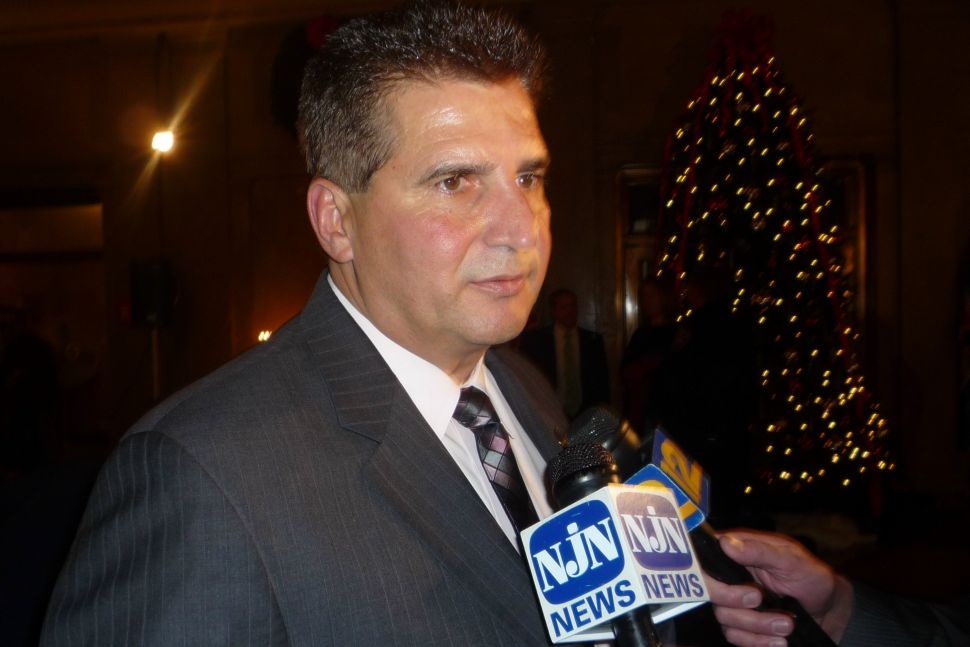