Embattled 21-year-old Assembly candidate Brian Hackett, who was chosen by Middlesex County Republicans as their candidate in District 14 two weeks ago, said today that he won’t step down to make room for a more seasoned office-seeker.

“Middlesex County was the largest convention held in the state,” said Hackett, a junior at The College of New Jersey who currently works as a research intern for the Assembly Republicans. “I received unanimous approval from Middlesex delegates through the Democratic process, and I’m going to respect that and continue to stay in the race.”

The Republican parties from Middlesex and Mercer Counties traditionally pick one candidate each to run in this Central Jersey swing district, which is dominated by the Mercer County town of Hamilton. At their convention last month, Mercer Republicans picked Hamilton restaurant owner Rob Calabro, who some insiders speculate is a placeholder until they can come up with someone with a higher profile. Three days later, Hackett, who lives with his parents in Monroe Township, was approved by a voice vote at the Middlesex County Republican Convention after he was approved by the screening committee.

The early favorite for the county line, South Brunswick Municipal Chairwoman Lynda Woods Cleary, decided to for freeholder instead. Other candidates, including Cranbury Councilman Wayne Wittman, also passed on the opportunity.

But Mercer Republicans, fearing that working and middle-class Hamiltonians will not take Hackett seriously because he has not yet held down a full-time job or paid property taxes, are trying to recruit candidates from Middlesex County. Middlesex Republican Chairman Joe Leo, for his part, is committed to backing Hackett unless he decides to withdraw on his own.

Hackett responded that, although he does not pay property taxes, his age will enable the GOP to tap a demographic group they have largely ignored.

“Being a young person, I can reach out to a large segment of the population that not only lives in District 14, but lives in the state — a portion of the state that is being crunched out by Corzine’s budget cuts,” he said, adding that he was especially well-suited to address the issue of higher education budget cuts.

As to his inexperience, Hackett, who sought elected office at age 18, when he ran for the school board in Monroe Township, said “What has experience gotten us in Trenton?”

“Governor Corzine has had numerous years of Wall Street experience and it’s gotten us in a worse hole,” he said.

The eventual Republican nominees in District 14 will run against incumbents Wayne DeAngelo (D-Hamilton), a freshman, and Linda Greenstein (D-Plainsboro), who has served since 2000.

Rather than sit on the sidelines and watch the Republicans squabble, Mercer County Democratic Chairman Richard McClellan added his own take on the GOP's candidate selection process.

"The Republican process for selecting their candidates in the 14th is turning out to be an absolutely horrible lead-in to the campaign for an Assembly job that requires helping to manage a 29.8 billion dollar state budget," he said. "The back room deals, the ignoring of the will of the people and the 'bait and switch' on display in this fiasco ought to be frightening any reasonable voter away from the Republican Party slate in Mercer County." 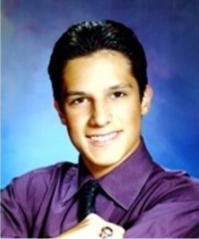