West Windsor is the site of a hotly contested non-partisan mayoral election next month between incumbent Shing-Fu Hsueh, who backs Corzine, and Councilman Charles Morgan, who has endorsed Republican Christopher Christie. Corzine's appearance at the fish restocking event will give Hsueh a photo opportunity.

The government has spent nearly $5 million dredging the 37-acre pond, removing nearly three feet of sediment that has built up since the pre-Revolutionary War period. The Department of Environmental Protection will be restocking the pond with “various species of fish” and Corzine will be on hand to supervise the project in person. 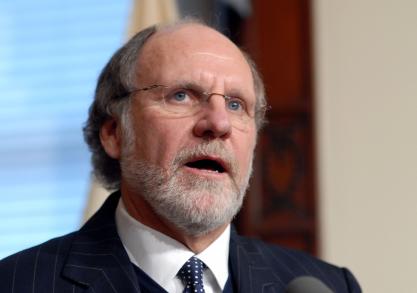