TRENTON – The gubernatorial candidacy of Franklin Township Mayor Brian D. Levine appeared close to an end tonight as the Republican left an administrative law judge’s court room in New Brunswick facing the prospect of several hundred of his petition signatures not meeting muster with the Board of Elections.

F. Michael Daly, an attorney from Camden, admitted under oath that the campaign of Steve Lonegan paid him to challenge many of Levine’s 1,325 submitted signatures.

Today, a judge rendered close to a hundred of Levine’s signatures invalid, with another 300-400 questionable heading into another session tomorrow. Many of the signatures were of people who are either registered as Democrats or unregistered.

A dip below the 1,000 threshold would knock Levine out of the contest.

Fellow long-shot candidate David Brown of South Brunswick also hangs in the balance on a similar challenge put to his signatures by Lonegan ally Daly.

“It’s absolutely personal,” said Levine, a CPA who was in court today – tax day – when he says he should have been on the job. “Tens of thousands of taxpayer dollars are being spent to perpetuate this challenge of theirs. They’re grasping, and all I can say is I hope they change their minds.”

That did not look likely on Wednesday night.

Lonegan campaign strategist Rick Shaftan did not apologize for targeting Levine’s and Brown’s signatures, and said the campaign has no intention of yielding.

Levine said if the Lonegan camp wants to go after Christie they ought to hit him on the issues.

“I find it strange that they feel justified using their donors’ money for something like this,” said Levine, who looked at the painful likelihood of returning to court tomorrow and losing on a technicality.

“We like Brian Levine,” Shaftan said. “But he should have been out there collecting valid petitions. This is not about being congenial. We want to win. We’re into winning. The Republican Party is like the drunks in Harry Hope’s bar in the ‘Iceman Cometh.’ But we’re heading out into the light.” 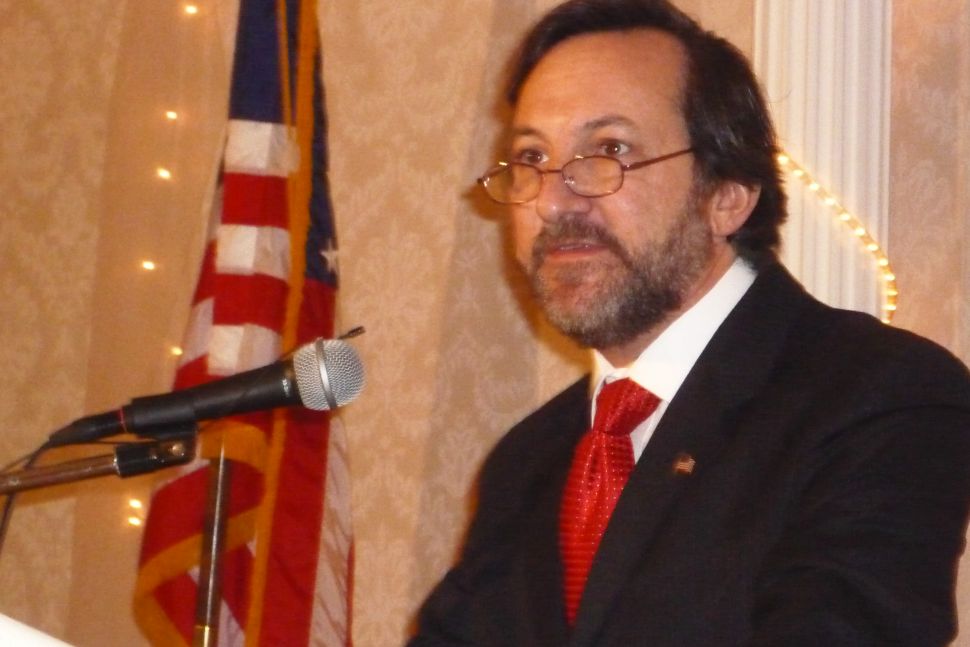