“Corzine and (GOP frontrunner Chris) Christie say the same thing – that local elected officials have to be more responsible and people have to take more of an aggressive role at the local level,” said the candidate. “But the fact is that the mayor of North Arlington and the mayor of Absecon will tell you the same thing: they step up to the plate every year to try to make cuts when they’re mandated by Trenton to spend more. The governor tells them to comply more with mandates – and to cut more. They spend more time trying to conform to state mandates than they do governing. The difference between Chris Christie and me is he’ll reconstruct Trenton, and I intend to deconstruct it and maintain only core programs.”

On his way to Galloway where he intends to open a South Jersey headquarters tomorrow after an evening of campaign events, Lonegan held a teleconference call with reporters in an effort to drive the message of his economic plan, and in the process ramped up the rhetoric in the process, calling the state teachers’ union the “most powerful cartel in the state.”

Broken down into slogans, his plan consists of the following: imposing a flat tax and eliminating the progressive income tax, ending the corporate income tax, deregulatingandending state mandates like the state Council on Affordable Housing (COAH) and scrapping the state Department of Environmental Protection (DEP), restoring local control, introducing school vouchers and breaking the unions’ grip on arbitration.

“My plan does not rely on phony rebate programs,” he said. “My plan in short is free market capitalism and free market principles. All these small towns come under attack because it’s the politically expedient thing to do, but our small towns have been the backbone of the state’s economy. People like their small towns, that’s why they moved there. Mine is a decentralization model – both in government and business. I’ve said it before, my approach is not unlike the one employed by McDonald’s, in which 80% of their stores individually owned and operated.

“I will reestablish the control of mayors and councilmen,” Lonegan added.

Restoring local control is the cornerstone, he said.

“I have an awful lot of confidence in local communities to develop their own towns,” said Lonegan, when asked how a state is populous as New Jersey could withstand the environmental impact of massive deregulation. “If people want to develop, they should develop. If they want all farms, they should have all farms. My point is this central government plan is the reason people are leaving their communities.”

Lonegan also objected to the supposition that New Jersey is overpopulated.

“Two-thirds of the state remains undeveloped,” he said. “I am not an advocate of Smart Growth. My whole point is development should be determined by the voters.”

In an ongoing radio, Lonegan’s campaign refers to Christie’s “new scandals,” and today Lonegan reaffirmed his belief that the front running former U.S. Attorney has not adequately addressed his appointment of former U.S. Attorney of the Southern District of New York David Kelley to a federal monitoring job.

Christie has repeatedly argued that he confronted and stared down the issue at a press conference last month. 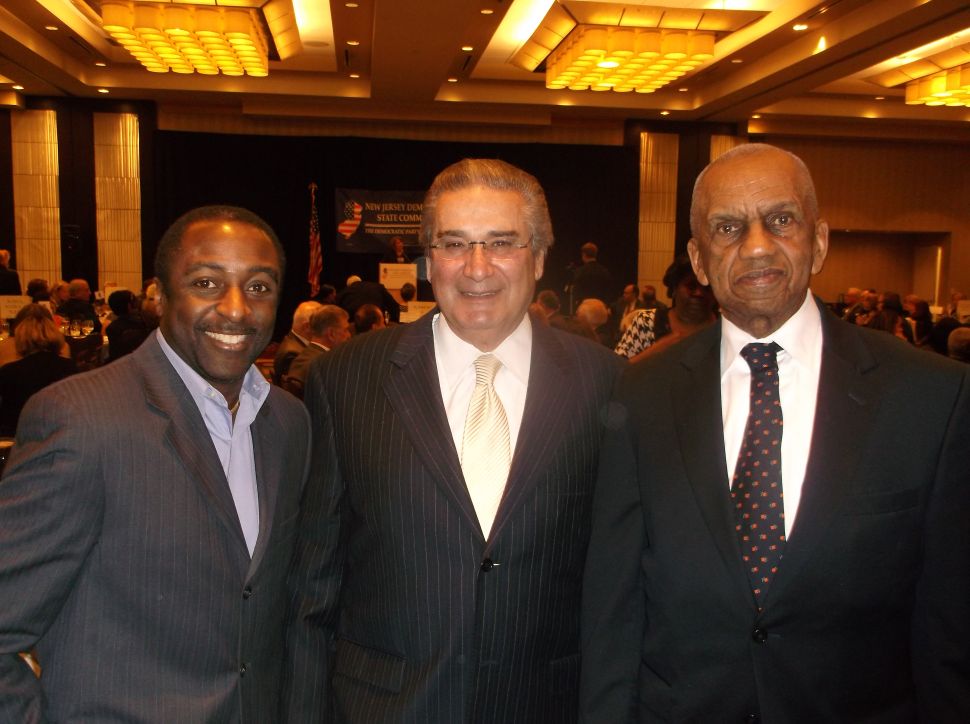