Hillside – When mayoral candidate Joe Menza walked into Hurden-Looker Elementary yesterday to vote in the School Board Election, he noticed the gym floor had buckled in the rain.

“That floor was redone just this year,” said Menza. “They didn’t slope it away from the door to avoid a problem like this. Of course, you’re looking at a building that was built in 1924.”

One project’s apparent failure notwithstanding, “If you don’t put money into these schools, you’re going to suffer long-term,” said Menza, who went head-to-head with the local Democratic organization last night in the School Board election and won.

“It was a good day,” said Menza. “Our three candidates won last year, too.”

A local real estate developer, Menza read the wins as momentum heading toward his May 12th showdown with Jewell, Councilwoman Shelley Bates, and School Board member Andre Daniels.

“I voted yes on the budget,” said Menza. “I’d rather have the money in my schools than in municipal government. People tell me, ‘Oh, no, it’s going to raise my taxes.’ But this is the one budget we actually control, and the question is, ‘Do you want it in the schools or do you want to go to (Union County Democratic Chair Charlotte) DeFilippo?’”

A state government worker and Obama organizer, Bates voted no on the budget.

“I voted against it because of a lack of specificity,” said the councilwoman. “As we (the council) consider the budget now, I need to see detail. Show me the money. Where’s it going? Show me how it’s being spent.”

Bates credited Menza with a good victory last night, but said she believes she is in a better position to deliver reform.

“I do believe the township is looking for some reform on all levels,” she said. “People just overtaxed and this was one element they could control. I am the only candidate who has proven a willingness to follow through on what she said during the campaign. I haven’t changed. I got on to make sure people’s voices are being heard, and to date I have opposed tax hikes and wasteful spending. You have an organization candidate, a pro-business candidate in Menza, a family-oriented candidate in Daniels, and a candidate for the people – me.”

The victories were very close – in two cases removed by less than a percentage point – but for the momentum, Menza has numbers.

“1,200 people came out for a School Board election last night, and we swept,” he said. 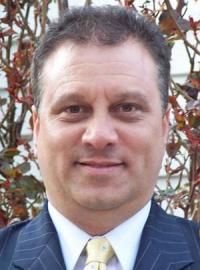