Morris County Republican Chairman John Sette will call it quits in a little over a year.

Sette, who has presided over the party in this heavily Republican county since 2002, will not seek reelection as chairman when his fourth term ends in June, 2010.

“I just think that other people should have a chance,” said Sette, a retired plastic company owner who served one term as a freeholder.

Morris County typically has one of the highest Republican turnouts in state and federal elections, and all of its county-wide elected officials are Republican. Two of the three Republican gubernatorial candidates this year – former U.S. Attorney Chris Christie and Assemblyman Rick Merkt – come from Mendham, in Morris County.

But unlike Ocean County, which is one of the state’s few other remaining Republican bastions and competes with Morris for turnout, Sette’s party does not offer a “party line.” Ballot positions are drawn at random, making way for open primaries where the chairman’s endorsement is merely his personal support and does not translate into a balloting advantage (Sette told Daily Record columnist Fred Snowflack in 2003 that the only time he calls the shots in party headquarters is “when I have to clean the bathroom or take out the garbage”).

“In Morris County we don’t have a party boss. We have an open primary, and I just feel it’s only fair [to step down],” said Sette.

Sette said that he has done a good job as leader, if not boss, of the party.

“We’ve elected more Republicans than ever before. I’d say we’ve done very well, and we’ve raised more money than ever before,” he said. “In these times, it’s very difficult to raise money.”

Although he made the decision not to seek a fifth term a few months ago, Sette said that he has made no formal announcement but acknowledges that he plans to step down when people ask him if he’s going to run again. He has not yet heard from anyone who wishes to succeed him. 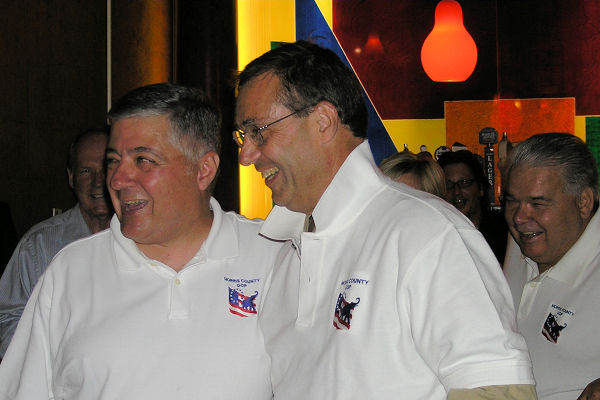