A lot can happen between now and June 2010, but one early contender has emerged to replace John Sette as Morris County GOP Chairman: Republican State Committeewoman Christina Ramirez. Sette has said he won't seek re-election next year.

If she runs, Ramirez will have the support of State Sen. Joseph Pennacchio (R-Montville).

Former Kinnelon Council President Larry Casha will take the State Committeeman seat left vacant by the death of Edward "Skip" McMahon last March. Ramirez could legally serve as County Chair and State Committeewoman, although she is not expected to do so. If she is elected County Chair, the Morris County Republican Committee would hold a special convention to replace her. 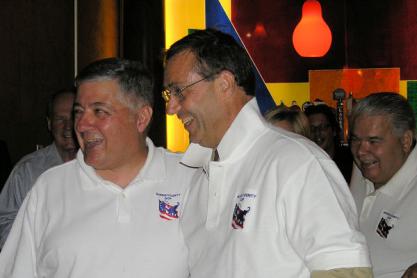