It is at least the second such fundraiser Ramos has spearheaded on behalf of Cammarano, who first became friends when the latter did some work for Ramos as an elections lawyer. Newark West Ward Councilman Ronald C. Rice has also backed Cammarano from the start of his campaign for mayor of the mile-square city. 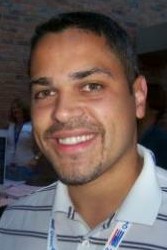