PASSAIC – Shaking off a punch thrown by the mayoral campaign of city super Vinny Capuana targeting the mayor’s financial troubles, the re-election campaign of Mayor/Dr. Alex Blanco retaliated this week by calling out Capuana on an alleged conflict-of-interest.

Capuana, a long-serving member of the Passaic School Board, presided as board president in 2001 when the state Schools Construction Corporation (SCC) asked the board to consider six properties for the siting of schools, including property on Henry Street owned by local developer Richard Doren. The board approved the acquisition of those properties.

Doren’s wife’s subsequently made a personal mortgage loan to Capuana in the amount of $100,000, Capuana acknowledged.

“We’re calling for an investigation,” said Blanco spokesman Tony Bawidaman. “The question is, is it a payback? At the very least, it’s indicative of the politics of the old versus a new direction with Mayor Blanco.”

Capuana released a statement defending his decision to accept money from Doren’s wife’s mortgage company and defending the board’s recommendation of the Doren property, located near the Montauk Theater and Hotel Passaic, historically dropzones for pornography and prostituion.

“With regard to the Schools Construction Corporation (SCC) acquisition of land, the City of Passaic is the second most densely populated city in the nation, location was paramount and availability of land limited,” said campaign spokeswoman Linda Ellerbee, who last year served as the campaign manager for mayoral candidate Jose Sandoval, now a close ally of Capuana’s and intent on taking down Blanco.

A city-appointed committee initially selected 16 parcels of land owned by diverse entities, which the state then narrowedto six properties, which the board then considered. Doren was one of those prevailing six.

“With regard to mortgage transactions by Mr. Capuana, subsequent to the death of his father, a bridge loan was duly executed and recorded as an arms length transaction,” Ellerbee said. “This mortgage was then shortly discharged and directly satisfied by a loan from a major lending institution. Despite the opposition’s grasping at straws to connect the events, one of the aforementioned occurrences was unrelated to the other.” 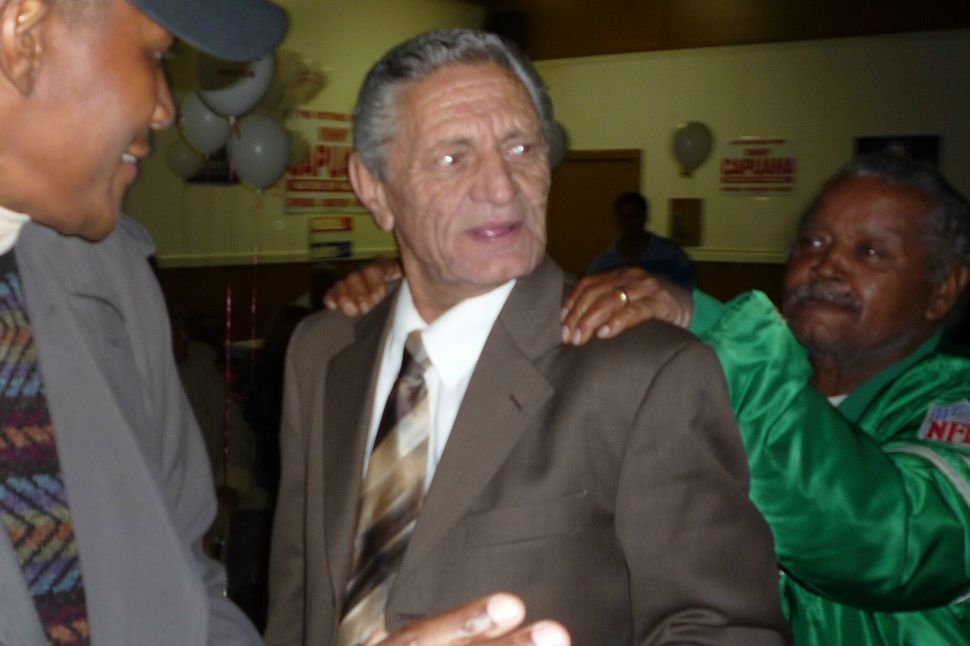