Of the big names in the area Democratic Party, only U.S. Rep. Bill Pascrell (D-Paterson) personally stayed out of the race, arguing that he didn't want to get involved in local politics.

"I couldn't have done it without Gary's support," said there-elected mayor.

Running on Capuana’s ticket, Garcia won re-election last night with 17.5% of the vote. A second Capuana ally, Terrence Love, was the top vote-getter among the council candidates with 18.6%. Of those running on the Blanco slate, only Councilman Daniel Schwartz of the Orthodox Jewish community won with 17.8%.

Blanco assumed victory conscious of the way his opponents again tried to brand him as an instrument of Schaer’s larger machine connections.

“But the victory showed finally that Passaic chose the best candidate for mayor,” he said. “So many candidates were running last year, no one knew who was who. Now there was no doubt. They ran a negative campaign against me. They tried to make me the anti African-American mayor. They tried to say I was not going to represent the four wards but only be for a group of people. None of it’s true, of course.”

Blanco said he intends to unite the city.

“I called Vinnie last night and left him a message,” Blanco said of his opponent. “We’ve always had a relationship. It was nothing personal; it was just a vision that was different. But we both love the city. Two of my candidates didn’t make it, but we were fighting against Garcia, who’s a lovable guy, and who’s given a lot to Passaic, and I continue to look forward to working with him.”

Having helped Blanco get re-elected, now Schaer turns to his own re-election bid in the 36th Legislative District, where assuredly he will lean on Blanco. 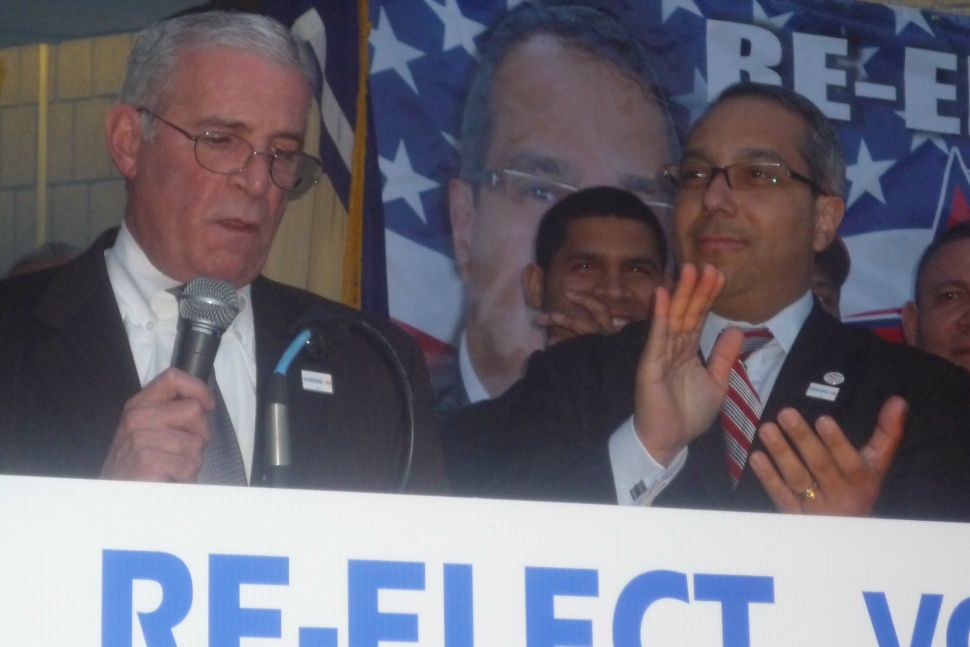