An internal poll from the District 25 Assembly campaign of Tony Bucco reveals a sizable lead for the Boonton Twp. attorney, but at least one rival campaign said the polling is based on name ID and the obvious recognition enjoyed by the candidate’s father, state Sen. Anthony Bucco (R-Boonton).

Bucco released the results of the May 19-21 poll conducted by Susquehanna Polling and Research, which shows him leading his nearest competitor by 22 points in the June 2nd Republican Primary.

The poll finds Bucco – identified in the poll simply as Anthony Bucco – receiving 40% of the vote, compared to 18% for Assemblyman Michael Patrick Carroll (R-Morris Twp.) and 14% for Freeholder Doug Cabana at 14%. Twenty-eight percent of voters described themselves as undecided.

According to the Bucco campaign, “the Harrisburg-based polling company sampled 675 likely registered Republican voters in the 25th Legislative District, with a margin of error 3.76%.

But Cabana campaign manager George Dredden questioned the poll on its face.

“This is a name ID poll and what it shows is that voters are confusing the son with the father,” Dredden said. “Voters are not that unsophisticated, and they are the ones who are going to decide this election on June 2nd. The father is not running, the son is running.

“We’ve been making extensive calls throughout the district and receiving extremely positive feedback,” he added. 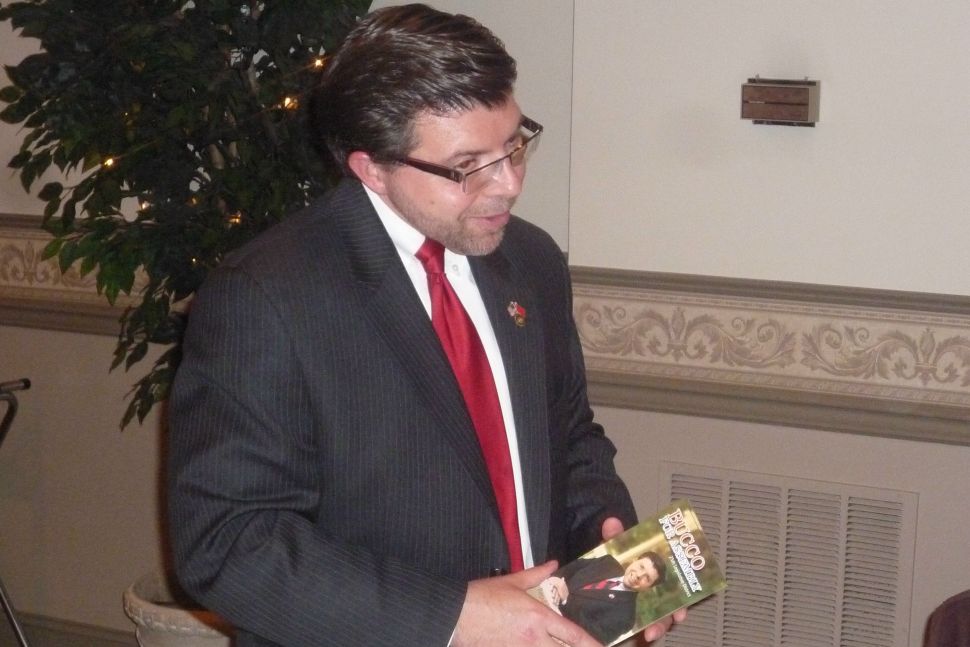