Chris Christie Campaign Consultant Mike DuHaime this afternoon countered the “Democrat Party’s” latest attack ad against his gubernatorial candidate: an estimated $900,000, one-week television buy that highlights the Wall Street entanglements of Christie’s younger brother and suggests the former U.S. Attorney improperly used his connections to bail him out of trouble.

DuHaime blamed Corzine, describing him as a Wall Street multimillionaire who’s thrown a lot of money around in his party and who now must rely on the intervention of attack dog front groups like the Mid-Atlantic Leadership Fund, which purchased the ad. The governor’s still behind Christie in the latest Quinnipiac University poll, 45% to 38%, a margin widened from seven points in a poll conducted by the same outfit a month ago.

“This week is a stark reminder of how Jon Corzine operates,” DuHaime said. “Taxes are up, unemployment is up… The only thing going down are his polls numbers. Clearly this is an effort to influence the Republican Primary. Jon Corzine may have bought the Democrat Party, but he will not buy the Republican Party.”

The Christie Campaign is set to respond with its own New York and Philadelphia television ad, featuring their candidate speaking straight into the camera. “If we want to change Trenton, we have to change governors,” DuHaime said.

Joined on a teleconference call with reporters, Campaign Manager Bill Stepien and Christie’s campaign chairman, state Sen. Joseph Kyrillos (R-Middletown), DuHaime said the rival party’s ad – launched with a week and a half to go in the Republican Primary – shows desperation and fear motivating “the Democrat Party to influence this primary.” Here he also threw a jab at rival primary candidate Steve Lonegan as he concluded that Democrats are spending money now because they would much rather have a contrast with Lonegan, “who wants to raise taxes on folks by 70%.”

Kyrillos stayed on Corzine when he spoke, calling the ad “inexplicable on a week when we have seen the worst budget ever in New Jersey in which the governor proposes higher taxes – again – the elimination of property tax rebates for nearly everyone, and a $2 billion line of credit from his friends on Wall Street.”

“There is a tremendous disconnect shown by this governor between what people are facing heading into Memorial Day weekend and the nasty, false attack ads choreographed in Washington, D.C.,” Kyrillos said.

Concerning a U.S. Congressional Subcommittee’s efforts to get Christie to testify to the role he played in administering federal monitoring contracts while he served as U.S. Attorney, including how he awarded a contract to former U.S. Attorney for the Southern District of New York David Kelley, who pursued prosecutions against alleged Wall Street scammers but didn’t go after Todd Christie, DuHaime said his candidate has not yet committed to testifying.

The timing of the Subcommittee’s headline-generating request followed by the attack ad on the same subject demonstrates a “coordinated Democrat attack,” said DuHaime.

To a question by Star-Ledger reporter Josh Margolin about whether DuHaime and Christie intend to denounce the intrusion by shadow groups like the Mid Atlantic Leadership Fund and similar Republican groups in the coming general election campaign, DuHaime said, “I will not unilaterally disarm or ask others to unilaterally disarm… not while the other side is firing missiles as we speak.” 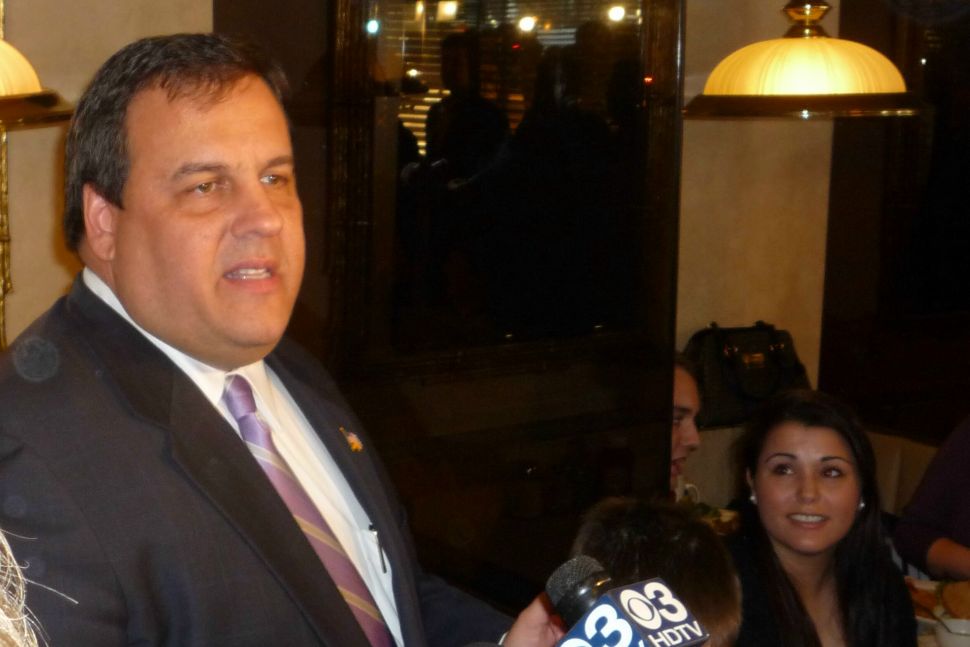