Chris Christie’s repeated characterizations of the failed administrations of governors Jim McGreevey and Jon Corzine, while leapfrogging oratorically over the gubernatorial term of Senate President Richard Codey (D-Roseland), forced a smile from Codey.

“I take that as a compliment,” he said, chuckling when reminded of Christie’s WOR likening of Codey to former Speaker of the House Tip O’Neill, who worked across the aisle with then-President Ronald Reagan.

Codey did a robocall this week for District 28 incumbents Assemblyman Ralph Caputo (D-Belleville) and Assemblywoman Cleopatra Tucker (D-Newark), who are being challenged in the Democratic Primary by former Assemblyman Craig Stanley.

The Senate President has also committed to the re-election efforts of both East Orange Mayor Robert Bowser and Morristown Mayor Donald Cresitello. He went to high school with the latter mayor. 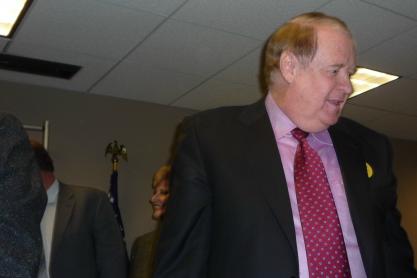