HOBOKEN – The rat mashed to death in the parking lot across the street from the PATH station was a sign of where the mayoral campaign was with five days left: somewhere between ugly and grisly.

Hours after a blog piece broke on Hoboken 411 highlighting what its author sees as the distance between Councilman Peter Cammarano’s family man image and thefact thathe fathered a child out of wedlock when he was 18 who is not mentioned in his online biography, Cammarano stood in front of City Hall at noon and denounced the story as scurrilous and vile.

“I’m specifically laying it at the feet of Mason and Russo,” said the councilman, who had called the press conference to set out a “blueprint for the future” as a contrast to what he said were the personal destructive political machinations of one of his rivals in the mayor’s race, Councilwoman Beth Mason, and her ally, Councilman Michael Russo.

“I call it a conspiracy of theirs to run the city by any means necessary,” Cammarano said. “It’s disgusting to drag somebody’s family into a campaign. It’s the most disgusting campaign tactic I’ve ever seen. The story alleges that I have an arrest record for unpaid child support, which is completely false.”

Mason’s campaign manager Jake Stuvier said his candidate’s campaign had nothing to do withpitching the story, and insisted he would fire anyone who would engage in disseminating the narrative.

“Beth Mason agrees with Councilman Cammarano that this election should be about the issues, and she denounces all personal attacks of this nature and hopes Cammarano does the same,” Stuvier said in a statement. “Councilwoman Mason is not interested in any of Peter Cammarano’s personal relationships. The only relationship Beth and her teammates are interested in is the relationship between Peter Cammarano and Mayor David Roberts. What’s relevant is the fact that Peter voted in lockstep with Roberts 100% of the time for four years in a row to raise taxes. That is the issue we have always been focused on and continue to focus on.”

Stuvier also pointed out that there are six people in the mayor’s race, and questioned Cammarano’s certitude in ascribing the story to Mason.

“If she disavows this, such a statement will be the latest lie from the Mason camp,” Cammarano said. “Look at the history of the website (Hoboken 411). Show me an example of any story on there that does anything less than idolize Beth Mason. People who try to post on that website in favor of other candidates find that their posts never see the light of day. That’s the evidence I need to identify the perpetrator, the landlord.”

For his part, Russo said he had nothing to do with feeding the story to Hoboken 411.

“I’m not in this election,” Russo said. “I’ve been very open with this decision to support Beth, but as far as me, I go to people directly. I would never do something like that. I go through it on a daily basis with people attacking my family, I hate that. I also hate the fact that Peter is trying to draw me into this. Peter was my campaign manager in 2007. Now all of a sudden he’s making claims against me. It’s a sad day. Peter Cammarano should be concentrating on the issues at hand, and whoever did this story, shame on him.”

Cammarano’s ostensible purpose in holding his press conference at City Hall this afternoon was to try to demonstrate his campaign’s commitment to the issues on the heels of the deadbeat dad story. His Platform Team eagerly backed him, making their case that 2nd Ward activist Councilwoman Dawn Zimmer represents a leftward leaning perspective while Mason claims the lion’s share of development backing and old guard Russo infrastructure, while Cammarano comes up the center.

Mason’s the money behemoth in this race and as such the chief target on the streets. As of last week, she reported $185, 134, according to the state Election Law Enforcement Commission (ELEC), compared to $56,100 reported late last month by Cammarano, which the campaign claims to have built on since his report of three weeks ago, though his closing balance had him at $17,172; and $60,500 for Zimmer, who reported a closing balance this week of $427.

“Peter plays nicely with others,” Lichstein said. “He doesn’t spit in the mayor’s face. His point is you can respectfully disagree with someone. He hasn’t gone out of his way to antagonize the mayor. His civility has been mistaken for complicity.”

Throughout the campaign, Zimmer and Mason coming out of their respective encampments, have charged Cammarano with failing to vote against Mayor David Roberts’s budgets these past four years as the city has slid further into a financial abyss.

Today at his press conference, Cammarano denied that he’s spoken to anyone in the Hudson County Democratic Organization (HCDO) about receiving the machine’s backing for a runoff election.

The street theory is that once Jersey City Mayor (and HCDO chair) Jerramiah Healy secures his own reelection – a likely prospect – he would just as likely authorize HCDO troops and resources for Cammarano’s mayoral cause.

Of course, Cammarano would have to first make a runoff.

“I’m not a position to consider it because it is completely hypothetical at this point,” said the councilman. 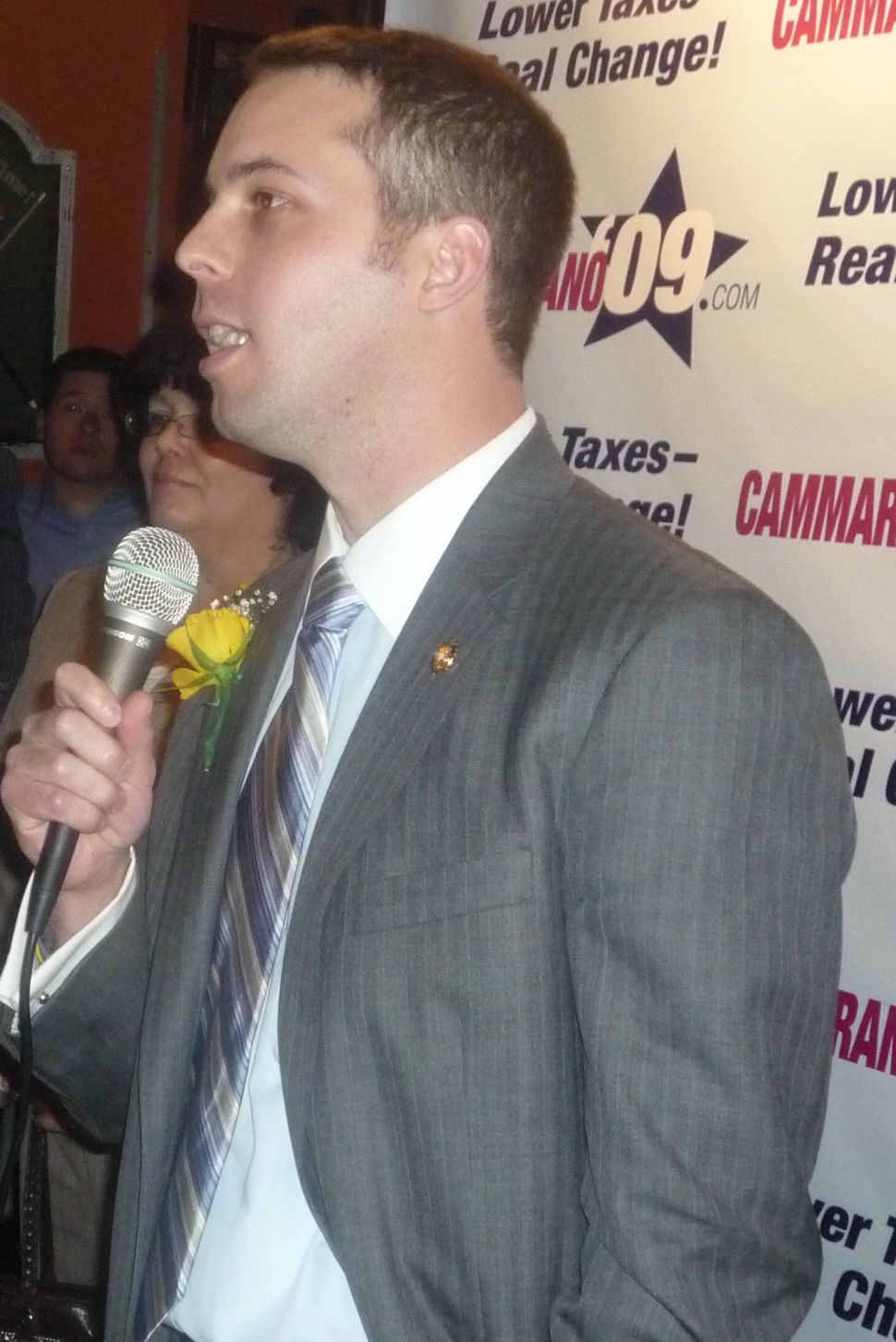