HOBOKEN – Here it is at midday in the Hoboken mayor’s contest and no one looks like he or she has broken a cellphone yet in despair as all three of the big ticket players’ operations appear competive.

At Cammarano central on Washington Street, there’s a room in the back and phone bankers sit at tables and go through their call lists. Out front, Cammarano soldiers in white t-shirts ask passersby if they’ve voted.

“He’s worked all his life for this,” the at-large councilman’s mother says of her son. She’s in from Vermont to help her son get elected.

Next door at a sidewalk café, three green-shirted workers for the Zimmer Team are feeding quietly. When they finish and walk past, they don’t exchange words with Cammarano’s people.

A car passes with a “Frank Orsini for Mayor” sign in the back window and if the man behind the wheel isn’t Orsini himself, he’s an Orsini lookalike. The garbled megaphone message blasts across the street containing something of the longshot candidate’s argument that “Cammarano has failed” and keeps going.

A few blocks up on the avenue, a man in black sunglasses passes and when he’s hailed as “Jake,” he slows and stops.

“Given what’s transpired over the last 48 hours (with negative vibes coursing back and forth between the Mason and Cammarano forces especially, in the wake of an anonymous Internet grenade attempting to expose the rougher edges of Cammarano’s personal life), I would have thought there would be more negativity, but there hasn’t been,” says Stuiver. “So, it’s been very smooth, and it’s my understanding that voter turnout has been light.”

Mason was working the hands of train track denizens in the early morning hours of Election Day, Stuiver says.

There are purple-attired Mason troops in front of her headquarters, the out-of-towners Dawn Zimmer purists say were cynically shipped in for grunt work purposes by the behemothic Mason operation.

“If she doesn’t make the runoff, it will be biggest meltdown in New Jersey history,” says a Zimmer operative, a few doors up on Washington Street in the Zimmer campaign’s green-colored den where even the cupcakes have green frosting on top and campaign manager Sam Briggs sits alone at the moment on the phone.

Even if there’s no apparent raucous back and forth anywhere at the moment, the Cammarano-Mason rivalry spills heavily in the undercurrent, for even as Mason’s ubiquitous signs declare, “One agenda: yours,” a pictue of Mason’s face on a wall in Cammarano’s headquarters bears the caption: “One agenda: Russo’s,” a bitter nod to the councilwoman’s alliance with the old Hoboken family of former Mayor Anthony Russo and current Councilman Michael Russo. 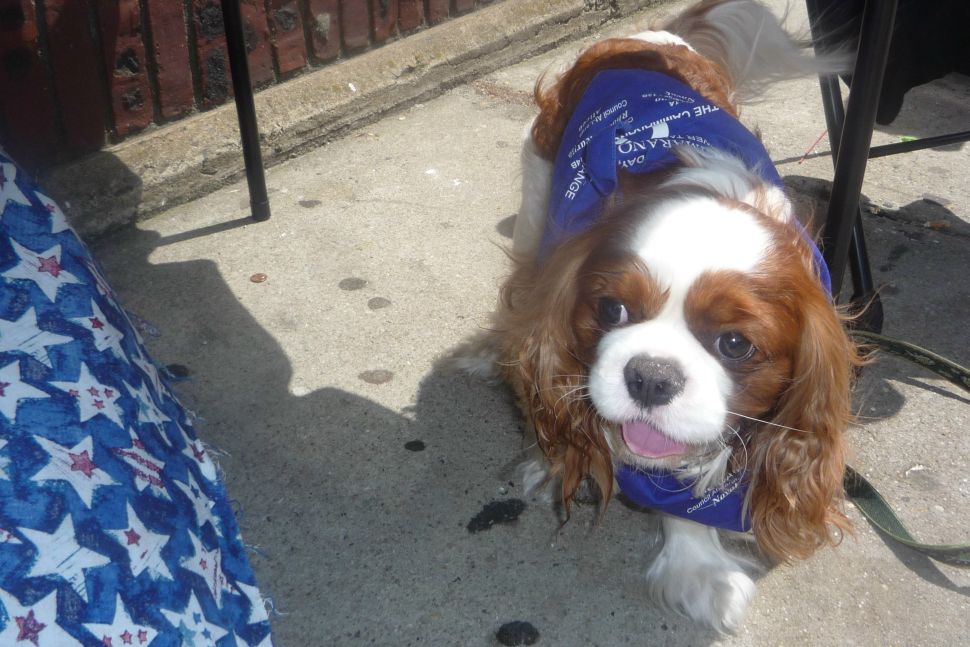