MORRISTOWN – If he doesn’t win the Democratic Primary on June 2nd, Mayor Donald Cresitello intends to support the challenger from his own party in November’s general election.

“I don’t plan on losing, but if it should go down that way, I’d back Timmy, of course – the Democrat,” said Cresitello, who’s lined up on column three under Gov. Jon Corzine.

But Tim Dougherty – who runs with his team on column five – is not saying publicly who he’d support should Cresitello beat him in the primary.

“I’m not looking past June 2nd,” Dougherty told PolitickerNJ.com. “It depends on my opponent’s actions over the next two weeks.”

Both sides are bracing for the air war, in which Team Dougherty plans to target Cresitello’s efforts to raise his salary as mayor and what the challenger believes is the mayor’s lack of government transparency, while the Cresitello team intends to continue to highlight the mayor’s record as a tax battler while hammering Dougherty for making home improvements without obtaining municipal permits.

The mayor and challenger have agreed to participate in one debate, scheduled for May 23rd. Cresitello wanted more contests, and hoped to square off against Dougherty tonight, but his opponent didn’t agree to the terms. 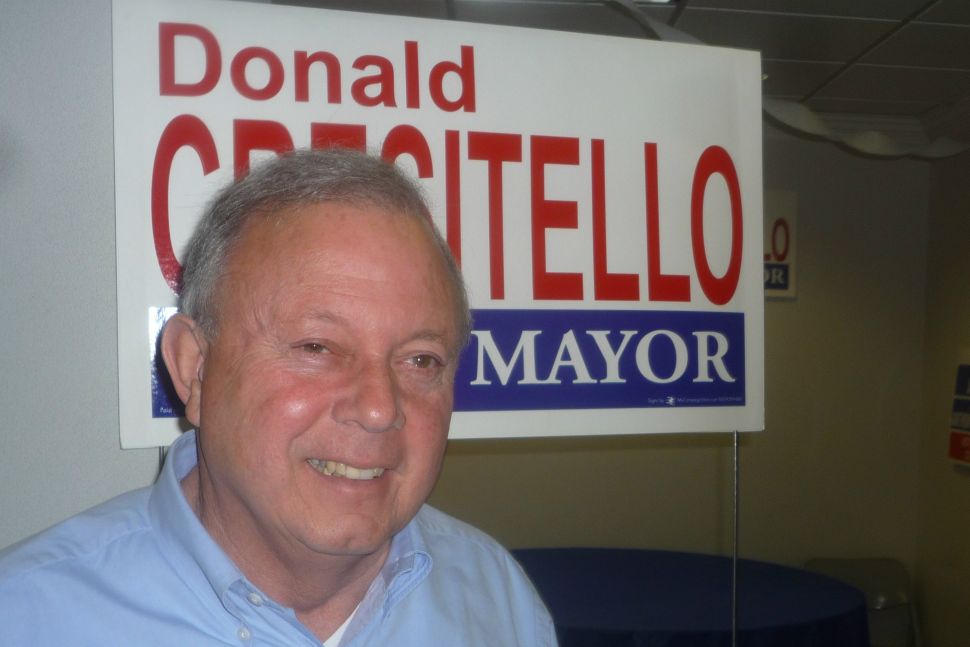