"We keep the doors open for anyone to come and campaign here – Democrats and Republicans," Ball said.

Decked out in a Lonegan T-shirt, volunteer Mike Mojnaskiwields a brace of Lonegan campaign signs.

"We're going to Loneganize the governor's mansion," he says.

From one end of the state to the other, Lonegan diehards like Mojnaski havemarked the land and street scape with the blue and yellow colors of their candidate's campaign.

As Lonegan tours the state and interacts with his followers, his camapign sends out an email blast reminder of Christie's awkward interaction yesterday with a pair of shock jocks on 101.5 FM. One of the radio hosts challenged Christie to explain hisrelationship with John Inglesino, a campaign donor, advisor, fundraiserand confidante who was in the pension system part-time before announcing yesterday amid criticism of Christie that he wants out of the system.

Christie has based part of his budgeting plan on cutting patronage and part-time state pensioners, and Inglesino gave Lonegan – and Democrats hopeful of bludgeoning Christie prior to the general election – a target heading into the final weekend before Election Day. 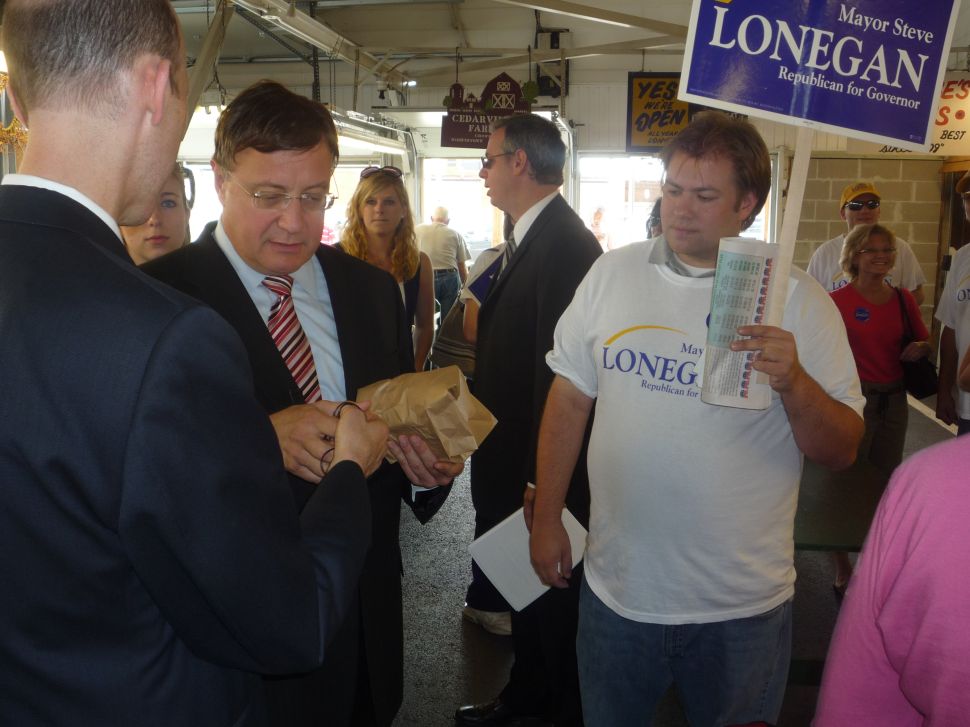